The delegation of the OSCE Parliamentary Assembly is appalled by what is seen in Bucha and Irpin. This will have a significant impact on the work and agenda of the next session of the Assembly, which is to take place next week 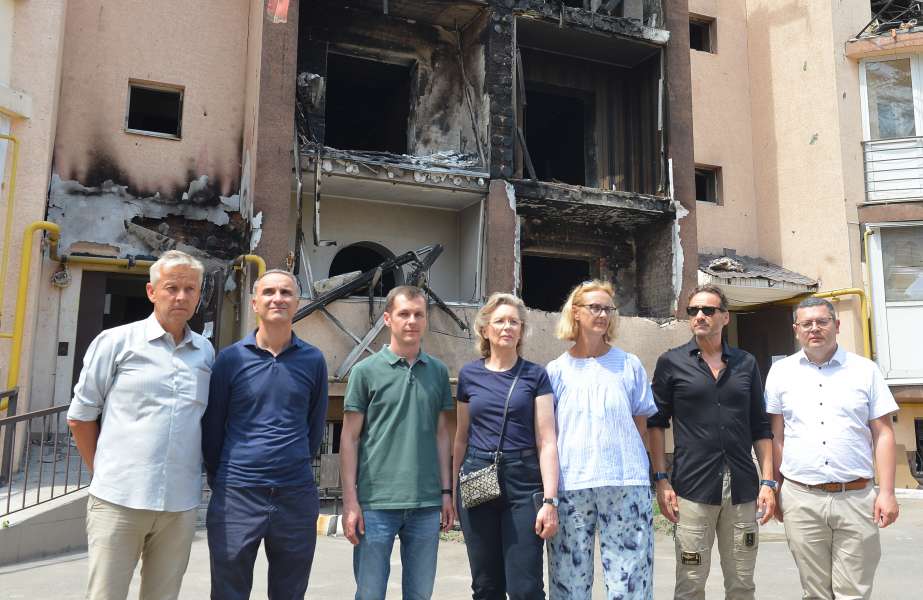 This was emphasized by the head of the delegation, President of the OSCE PA Margareta Cederfelt, at a briefing after visiting the cities of the Kyiv region affected by the russian attacks.

The parliamentarians visited the mass graves of civilians killed by the russians, in particular, near the Church of the Holy Apostle Andrew the First-Called and All Saints in Bucha, and saw firsthand the consequences of the rule of the "russian world" – destroyed houses in Irpin.

"220 members of the OSCE PA will gather for an annual session to discuss three bills related to war crimes in Ukraine, what is happening, and an absolute right of Ukraine to its land and territories. Of course, everything seen and heard will contribute to this debate," said Margareta Cederfelt.

"And as the OSCE PA, in which there are 57 member states, each parliamentarian in its parliament, we are telling the truth about what is happening. This is all evidence that this is undoubtedly russia's war against Ukraine. This must be stopped, and peace must be established both inside and around Ukraine," she said, adding that parliamentary diplomacy, in which the permanent delegation of Ukrainian parliamentarians to the OSCE PA makes an outstanding contribution, is of great importance resolving such issues.

"We believe peace talks should be held at the level of parliaments. I would like to speak positively about the Ukrainian parliamentary delegation to the OSCE PA. They work very actively and persistently, constantly focusing on the territorial integrity of Ukraine on the problems that Ukraine is currently experiencing. Their voice is very audible.  This is extremely important for Ukraine to be seen and heard worldwide, "said Margareta Cederfelt.

Regarding the resumption of OSCE programs in Ukraine, the President of the Assembly noted that such a decision is taken by complete consensus of all member states.

"We would very much like the programs to continue in Ukraine. But voting takes place at the level of member states. One objection is russia. One state is against, and it cannot be voted on," Margareta Cederfelt emphasized, adding, however, that the organization has a great desire to return these programs, so it is necessary to work on this issue further.