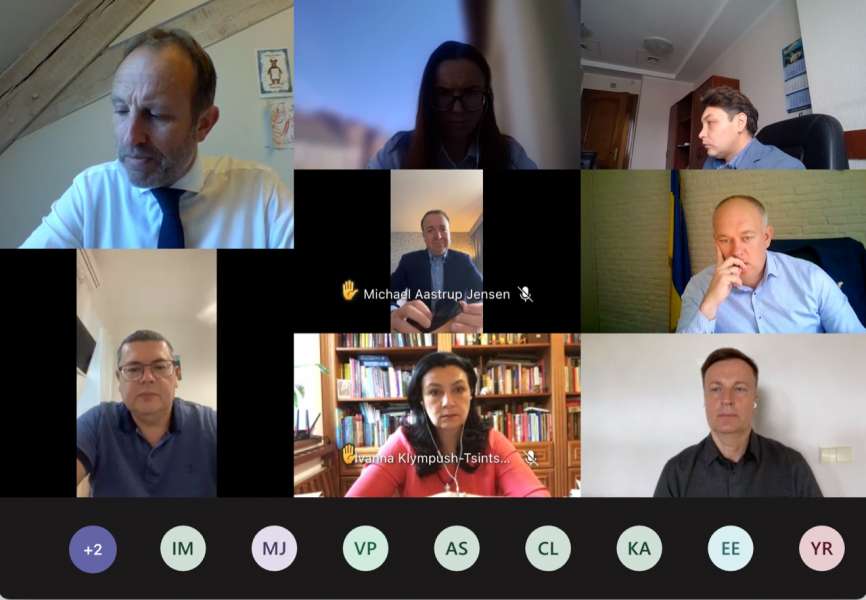 On June 23, a joint video conference of the Verkhovna Rada Committees on Foreign Policy and Interparliamentary Cooperation and Integration of Ukraine into the EU chaired by Oleksandr Merezhko and Ivanna Klympush-Tsintsadze met with the relevant committees on Foreign and European affairs of the Parliament of Denmark headed by Martin Lidegaard

Ukrainian parliamentarians informed their Danish colleagues about the current security, humanitarian and socio-economic situation in Ukraine, the blockade of Ukrainian seaports by the aggressor state.
The Chair of the Committee on Ukraine's Integration into the EU Ivanna Klympush-Tsintsadze stated that Ukrainian society and the Armed Forces of Ukraine have impressed the world with their courage.
Ukraine is counting on a positive decision of the European Council to grant Ukraine the status of a candidate for accession to the European Union, because this decision will be a ray of light for Ukrainians who today give their lives for European values:

"I believe that values ??are important when there is a willingness to defend t