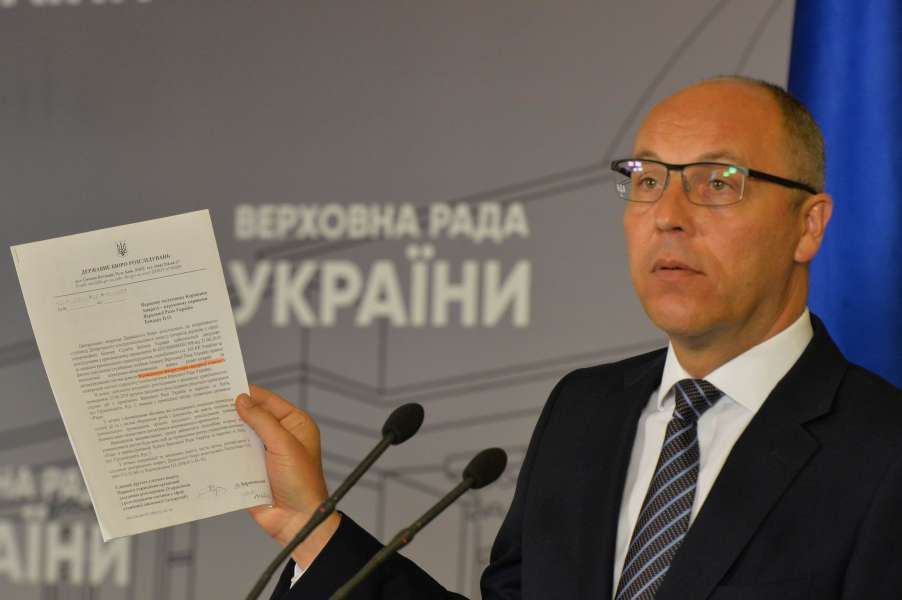 On August 27, the Chairman gave a briefing on the situation around testing the system of e-registration and voting of MPs “Rada-3”, rigged now with a touch-sensitive key.

Towards the end of the last, the tenth, session of the parliament, the Rada apparatus was instructed by the Chairman to hold the preliminaries necessary for a proper operation of the touch-sensitive key at the parliamentary chamber.

As the parliamentary procedure rules enjoin, the touch key works have thoroughly been done in the inter-session period this summer. August 23 was slated for a full-strength (450 members by a single keystroke) maiden trial of the revamped system.

Ten minutes before the trial, there happened an unauthorized deep inroad in the hall by a dozen investigation officers of the SBU and the State Bureau of Investigations (SBI), who then entered the “Rada” system control room and blocked its work. 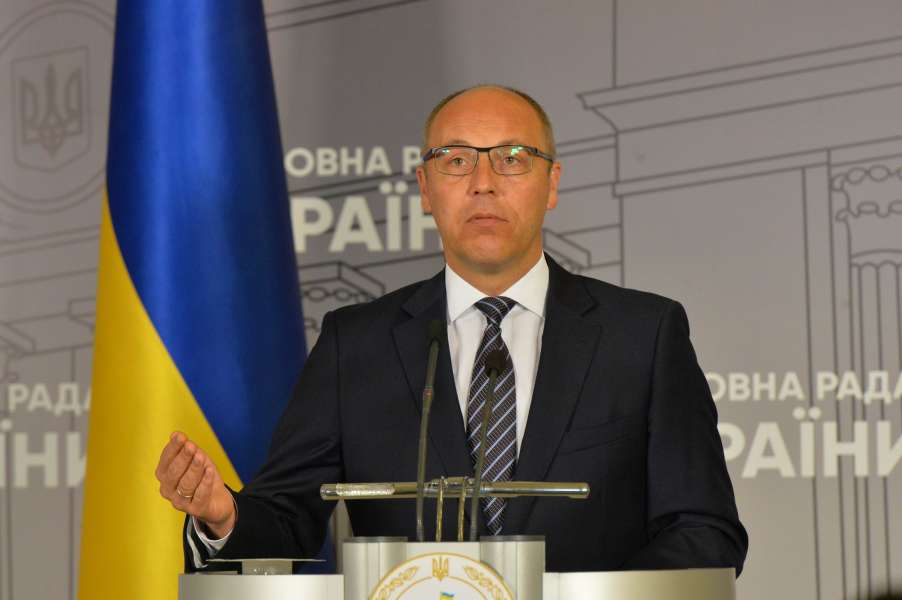 A.Parubiy called their actions “inadmissible and difficult to understand”.

In this context, the Chairman read out an SBI’s letter addressed to the Rada apparatus, asserting that in conjunction with the SBU it - the SBI - is now in the process of a pre-trial investigation (article 363 of Ukraine’s criminal code) over misapplication of the touch key in the Rada’s hard- and software by parliament apparatus officers.

"This is a blatant interference in the work of the supreme legislature of Ukraine," he stressed, adding that, in his opinion, "it is all done illegally, in a brutal way, aiming to influence the Verkhovna Rada of Ukraine to prevent personal voting".

"I do expect this to be a misunderstanding," the speaker said.

Summing up, the Chairman of the Verkhovna Rada observed that the parliament apparatus had done its best for a proper functioning of the touch key.

“I’d like you to know that the t-key does well at present. It is up to the new leaders of the parliament to decide whether to apply the key in casting votes,” underlined Andriy Parubiy.

“The Office of the President supports the position of the Verkhovna Rada on the impossibility of holding fair elections in the temporarily occupied territories,” Dmytro Razumkov

From September 15 to 18, the Verkhovna Rada adopted 13 laws of Ukraine and 10 draft laws