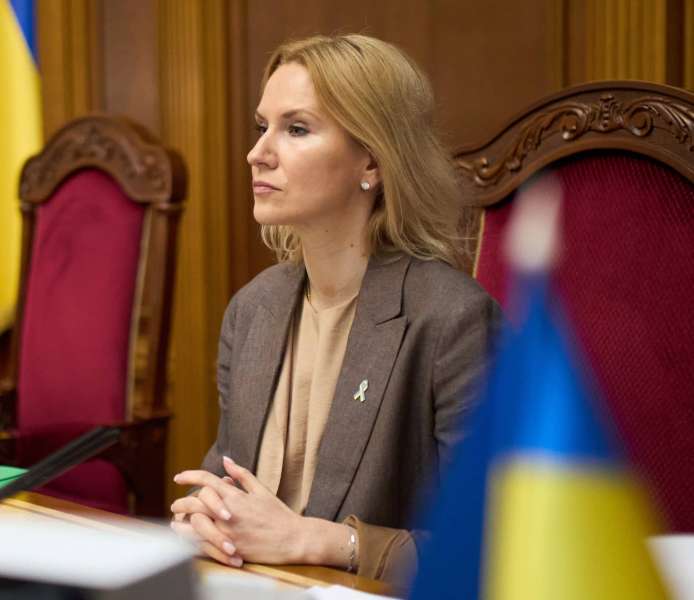 Deputy Speaker of the Verkhovna Rada of Ukraine, Olena Kondratiuk wrote on her page on Facebook: Latvia is going to become the third country after Lithuania and Ukraine, which officially and at the level of the parliament, recognizes Russia as a terrorist state!

«According to the Embassy of Ukraine in Latvia, the Committee on Foreign Affairs of the Saeima adopted a statement dated August 2, 2022, in which it recognized Russia's violence against the civilian population in Ukraine as terrorism, and Russia as a state that supports terrorism.» Olena Kondratiuk informed.

She also noted that the statement also contains an appeal to like-minded states to recognize Russia as a state that supports terrorism.

Every atrocity, every murder will have an answer – a court verdict.» the Chairman of Verkhovna Rada of Ukraine stressed.

Ruslan Stefanchuk: Estonia was one of the first to start providing us with weapons, in particular, the well-known Javelin

Ruslan Stefanchuk: The day will come - and russia will be in complete exile. In total isolation

Chairman of the Verkhovna Rada of Ukraine, Ruslan Stefanchuk: Oleksiy Vadaturskyi did a lot for Ukraine. And he would have done even more if it weren't for the damned rashists

Ukraine does not recognize any organization and holding of any pseudo-referendums by the occupying russian troops.

Ruslan Stefanchuk: European integration bills will be considered under a separate procedure

Chairman of the Verkhovna Rada of Ukraine, Ruslan Stefanchuk, congratulated the Special Operations Forces of the Armed Forces of Ukraine on their professional holiday