Olena Kondratiuk: You, like Ukrainians, have experienced the "Stalinism" and "Hitler's" occupation, repression, deportation, and persecution of all those who fought for the statehood and independence of Estonia 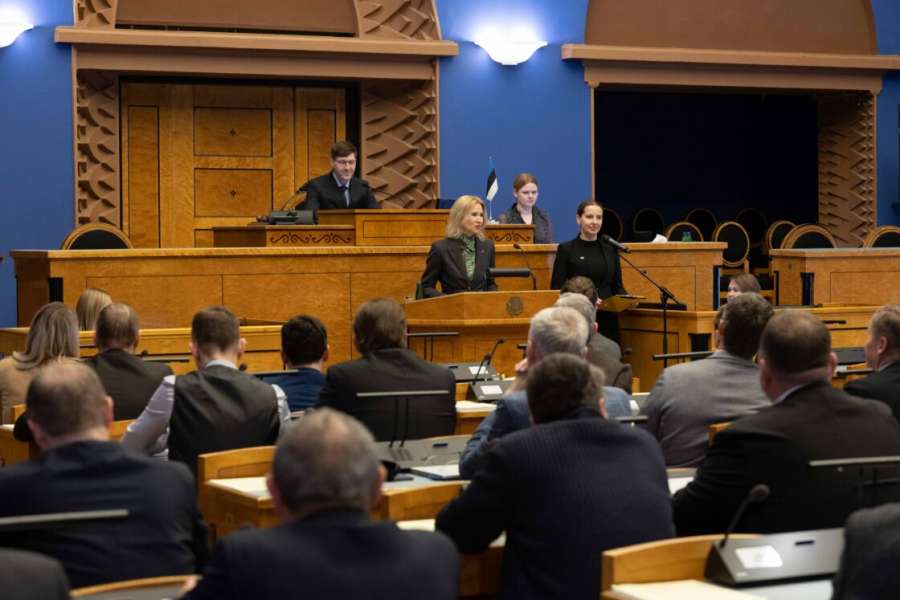 During the speech in the Riigikogu, the Second Deputy Speaker of the Verkhovna Rada of Ukraine, Olena Kondratiuk, thanked Estonia for its consistent support of the investigation into crimes committed by russians in Ukraine, in particular, the work of the International Criminal Court.

She also noted that criminal proceedings have already been instituted in Estonia, gathering evidence of war crimes and crimes against humanity committed in Ukraine.

"We in Ukraine appreciate such principled of Estonia. After all, you, like Ukrainians, have experienced the "Stalinism" and "Hitler's" occupation, repression, deportation, and persecution of all those who fought for the statehood and independence of Estonia, "said Olena Kondratiuk.

The Second Deputy Speaker reminded of the forced mass eviction of Estonians by the Soviet authorities in 1940-1941 and 1944-1950, and that the Holodomor in Ukraine and the deportation of Ukrainians have common roots: "Thousands of Estonian and Ukrainian families have graves of relatives in faraway Siberia." 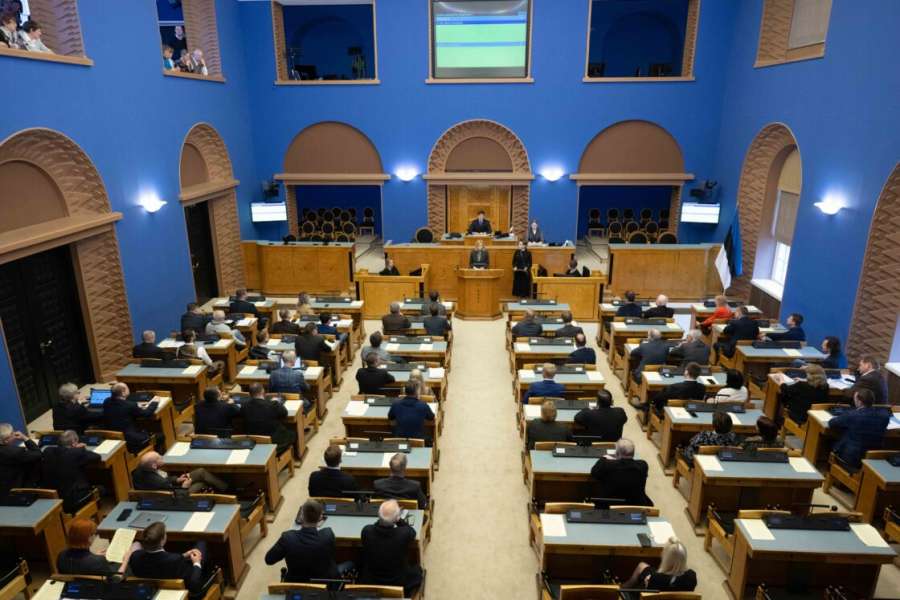 "But the worst thing is that today thousands of abducted, otherwise unnamed, Ukrainians from the occupied territories are being forcibly sent to Siberia again," the Second Deputy Speaker of Parliament said.

Olena Kondratiuk also noted the humanity and great heart of the Estonian people who sheltered Ukrainian families - women and children at the time of the large-scale russian invasion: "And this is more than 35 thousand Ukrainian citizens who were saved."

"You have shared with them all the difficulties and worries. We will never forget the biggest rally on February 26th - with the participation of tens of thousands of people in Tallinn on Wabaduz Square in support of Ukraine. Estonia was also one of the first countries to provide us with much-needed weapons. Today, Estonia is in the top ten countries that have helped Ukraine the most. We are grateful for the help in treating the wounded Ukrainian defenders. For the incredible support of Ukraine's accelerated membership in the EU, "the Second Deputy Speaker thanked.

Olena Kondratiuk expressed confidence that with such loyal allies, Ukraine will surely win and quickly become a full member of the European Union: "This is evidenced by the fact that on March 3th, the Estonian government was one of the first to approve an official position in support of Ukraine's application for EU membership."

Ruslan Stefanchuk: All crimes and atrocities committed by russians must and will be investigated

Ruslan Stefanchuk: At the next plenary session, the Verkhovna Rada of Ukraine will consider European integration laws

Address of the Chairman of the Verkhovna Rada of Ukraine, Ruslan Stefanchuk, on the occasion of the International Day of Parliamentarism