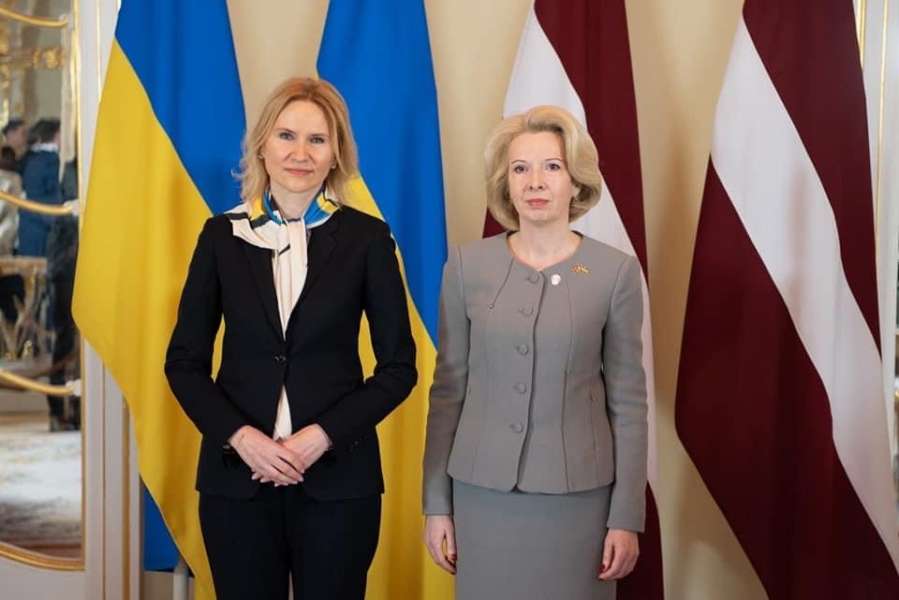 Deputy Chairman of the Verkhovna Rada of Ukraine Olena Kondratyuk held a working meeting with the Speaker of the Saeima of the Republic of Latvia Inara Murniece.

The meeting took place in the Latvian Parliament in Riga in the network of a working visit by the Deputy Speaker of the Verkhovna Rada. 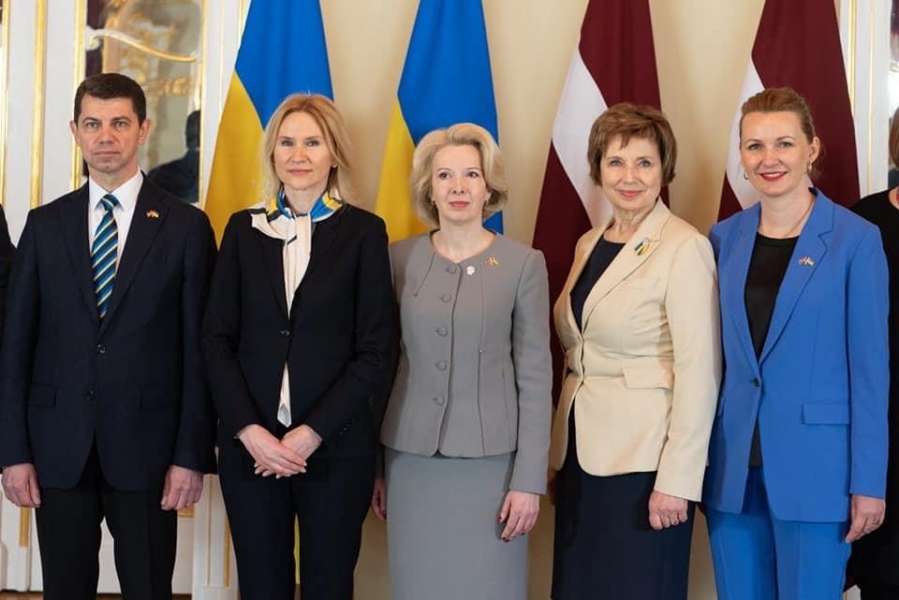 Olena Kondratyuk emphasized the huge support of the Ukrainian people from Latvia, which Ukraine has been feeling since the beginning of the large-scale invasion, and personally from the Speaker Inara Murniece.

"As a manifestation of political determination and personal courage, we perceive the fact that together with the Speakers of the Lithuanian and Estonian Parliaments you were the first among European colleagues and paid a solidarity visit to Kyiv on March 23," Olena Kondratyuk said.

She added that it is a great honor to pay a visit to friendly Latvia on a significant day for Ukraine, because thanks to the decision of the Saeima, May 9 in Latvia was recognized as the Day of Remembrance of the victims in Ukraine. 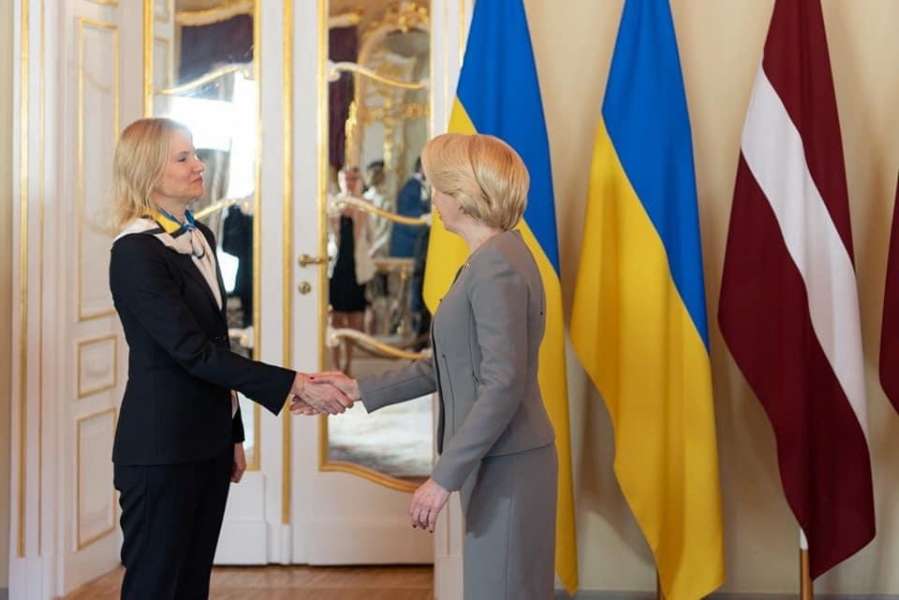 "I am amazed at how many Ukrainian flags we have seen here and the smiles when people hear the Ukrainian language. On behalf of the Verkhovna Rada of Ukraine, Speaker of Parliament Ruslan Stefanchuk and President of Ukraine Volodymyr Zelenskyy, I would like to thank the Latvian Parliament for all political decisions taken to support Ukraine and condemn Russian aggression, "said the Deputy Speaker of the Parliament of Ukraine.

The Deputy Speaker of the Verkhovna Rada added that Ukraine greatly values Latvia’s recognizing the genocide of the Ukrainian people, its principled refusal to import Russian energy, tightening the sanctions against Russia, severing trade relations with Russia, providing tangible military support to Ukraine, including Stinger MANPADS, humanitarian aid advocacy of Ukraine in the process of granting the status of a candidate county status for membership in the European Union. 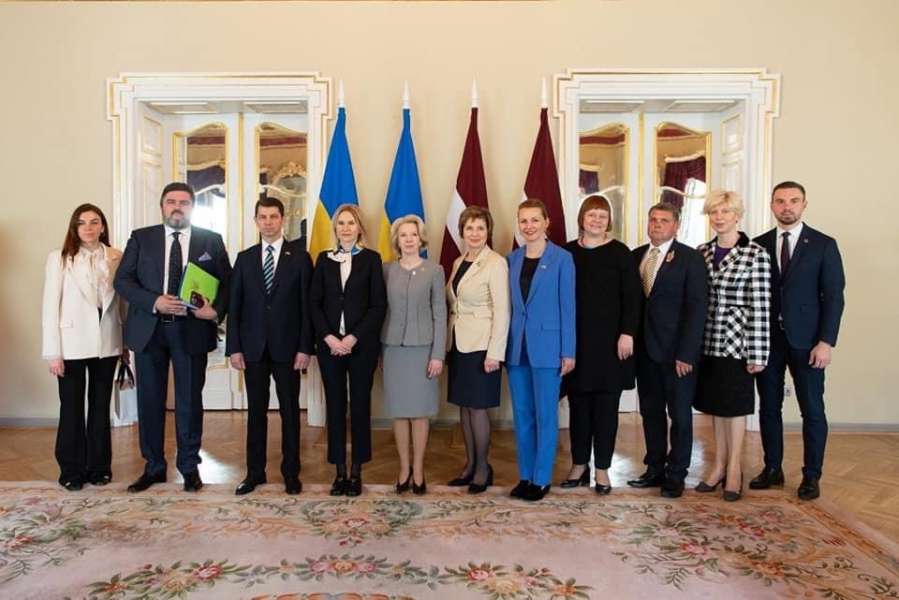 "All these political decisions, which you quickly made in the Parliament, are a manifestation of a great act of courage, responsibility and solidarity with Ukraine. Your leadership is an example for the whole world," said Olena Kondratyuk.

In addition, the Deputy Speaker of the Verkhovna Rada stressed the need to review the current system of international security, as Ukraine did not feel the assistance from the UN, which she hoped for as a founding member of this organization.

"When the world is honoring the victims of World War II and celebrating the victory over Nazism, today, the "Never again" slogan acquires a new meaning on the background of Russian aggression. Today, Ukraine is defending not only itself, but the whole of Europe and the democratic world. I am convinced that together with you, our friends and allies, we will defeat Russism the same way we have defeated Nazism,” Olena Kondratyuk said.

For her part, the Speaker of the Latvian Parliament Inara Murniece stressed that Latvia will continue to do everything possible to support Ukraine: both militarily and to help IDPs from Ukraine to Latvia and advocate for Ukraine's membership in the EU.

"Latvia has already provided military support to Ukraine in the amount of 30% of our military budget. I admire the courage and resilience of the defenders of Ukraine and the people of your cities. After the atrocities in Bucha, Europe and the world cannot say that they knew nothing. We must jointly defeat Russia, completely destroy Russia's military forces, weaken it economically and exclude it from all international organizations," said Inara Murniece.

At the same time, Olena Kondratyuk thanked for Latvia's support in the joint case of bringing to justice those guilty of horrific war crimes and crimes against humanity committed by Russian invaders in the suburbs of Kyiv - Bucha, Vorzel, Hostomel, Irpin and other places in Ukraine. 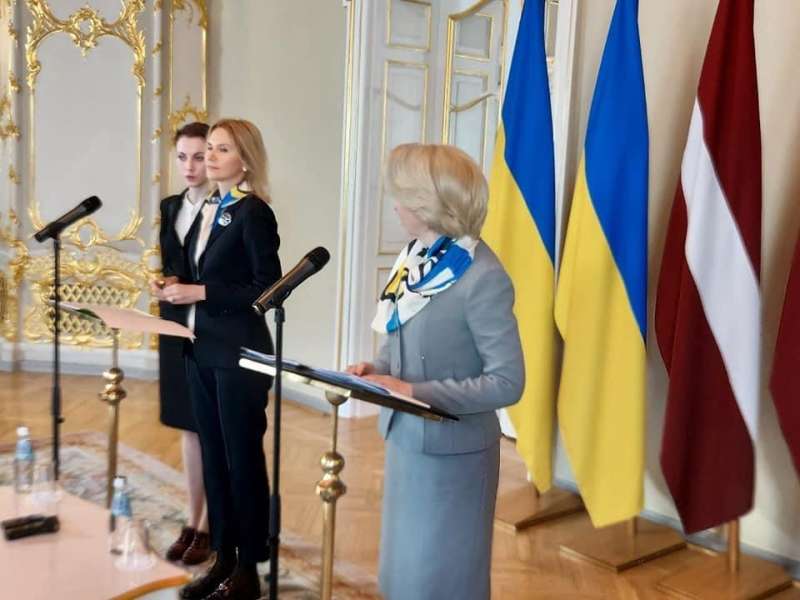 The Deputy Speaker of the Verkhovna Rada invited Latvia to take part in the reconstruction of Bucha, Kyiv Region.

You said that Buca is translated from Latvian as "friendly kiss". I hope that with your help and leadership, the city of Bucha will receive a lot of friendly kisses from Latvia, which would take over the patronage of reconstruction and bringing the city back to life," said Olena Kondratyuk to Inara Murniece.