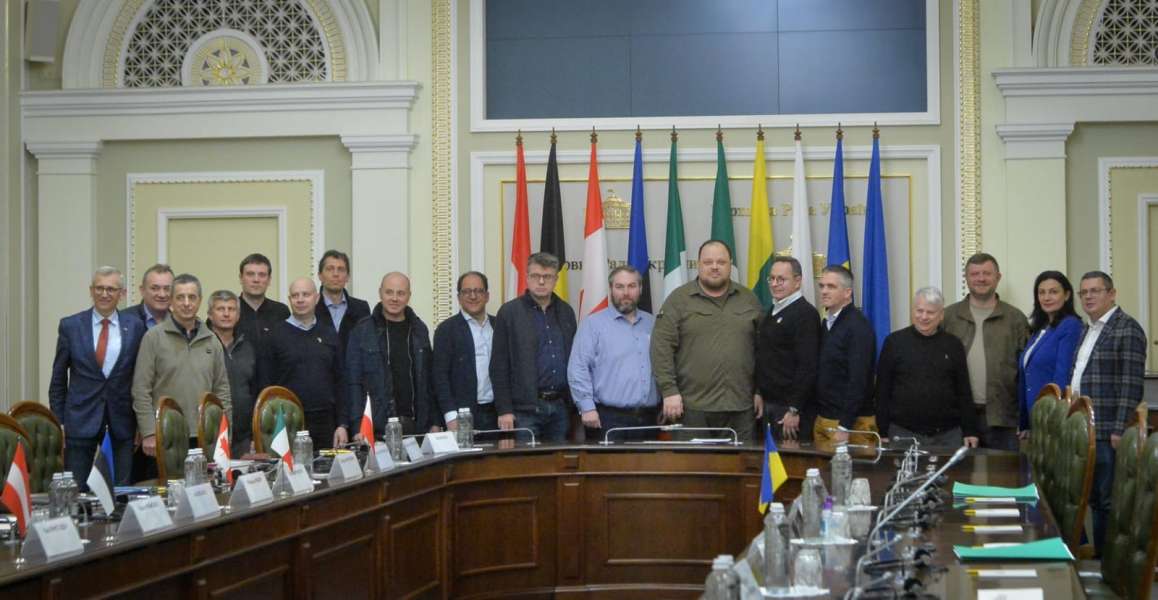 After visiting Bucha and Borodyanka, following a meeting with Ruslan Stefanchuk, the Chairman of the Verkhovna Rada of Ukraine, members of the Government, the military, members of the global network of parliament members "United for Ukraine" (U4U) agreed on a joint statement.

The full text of the document is provided below.

We, the members of the Verkhovna Rada of Ukraine and other people's deputies representing the global parliamentary network "United for Ukraine" and participating in the second solidarity visit to Ukraine, call for:

1. Immediate increase in supplies of all necessary weapons to Ukraine. We emphasise the need to strengthen the European Peace Fund in order to increase support ambitions in arms and ammunition. There is a need to create a sustainable system for the restoration of Ukrainian weapons systems, as well as a continuous process of trainings on the use of more advanced Western-style weapons systems. Ukraine can win and can reduce human losses with a stable and adequate supply of weapons.
2. Establishment of an international tribunal on war crimes of the russian federation and crimes of aggression against Ukraine under international law in addition to the work carried out by the Ukrainian authorities with the ISS. All crimes of aggression must be responded to and all those responsible must be brought to justice. Given the nature of the crimes and the intention to destroy the people of Ukraine, the parliaments of the world must recognise the war of the russian federation against Ukraine as genocide.
3. Increasing devastating sanctions against the russian federation and its ruling regime to the level of a full trade embargo, including an energy embargo, until the last russian invader leaves Ukrainian land.
4. Granting Ukraine the status of a candidate for membership in the European Union and the earliest possible start of accession negotiations as the only effective way to consolidate the freedom, democracy and stability of Ukraine and the European continent.
5. Creating an ambitious European plan for the reconstruction of Ukraine, for this purpose also the use of russian assets confiscated through sanctions. We support the idea that all EU member states should take responsibility for helping to rebuild certain regions of Ukraine.
6. European Coordination for the Rapid Modernisation of Humanitarian Aid to Ukraine, in particular with regard to food, water and medicine needs.
7. EU-level support for European companies with trade relations with Ukraine to support the functioning of Ukraine's economy.