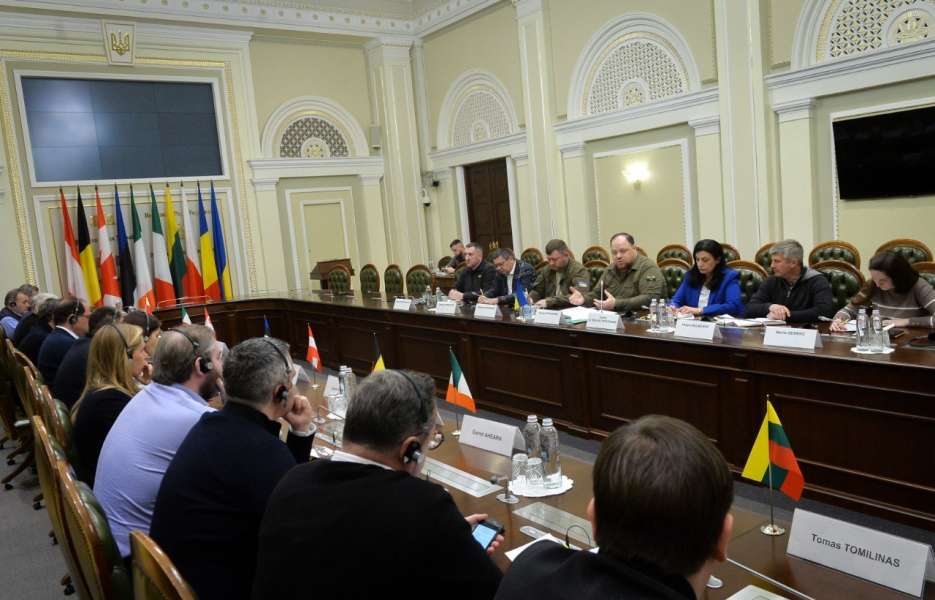 The Verkhovna Rada of Ukraine hosted a meeting between Ruslan Stefanchuk, the Chairman of the Verkhovna Rada of Ukraine, and the "United for Ukraine" (U4U) global network of parliament members to discuss military assistance to Ukraine, the introduction of the sixth package of sanctions against russia and bringing those responsible to justice.
"I want to thank you for the opportunity to meet you again in Ukraine. This means that the created format works and demonstrates its effectiveness. U4U are the people who unite so that everything succeeds in Ukraine and in all of us. And everything will definitely succeed," the Speaker of the Parliament of Ukraine stressed at the beginning of the meeting.
For his part, Urmas Reinsalu, Member of the Parliament of the Republic of Estonia, said that much had been done and would continue to be done in the field of military assistance to Ukraine.
"We should not be complacent with what we have done, we must do much more in order to rebuild Ukraine. It has already been said in the parliamentary network that all European countries must take political responsibility and practical commitment for certain Ukrainian territories in a comprehensive way. We will see which areas but all of them will be distributed," he said
.
Also, Urmas Reinsalu could not but skip the issue of recognising the genocide of the Ukrainian people, the creation of an international tribunal for war crimes committed by russia.
Zygimantas Pavilionis, Member of Parliament in the Republic of Lithuania, spoke in detail about the assistance that U4U has already agreed on and adopted a joint statement in this regard.
"We are fighting to provide Ukraine with weapons. We will help as much as we can to ensure that the russian federation is tried in the investigation of its crimes. We must also undermine russia's invasion with sanctions, including an embargo on gas and oil. We are doing and will do everything possible for Ukraine to gain candidate status and start negotiations on joining the EU on the basis of democracy in Europe," said Zygimantas Pavilionis
.
He also added that some members of the current delegation arrived for the first time. These are MPs from Ireland, Italy and Canada, and he expressed hope that they would return to Ukraine with larger national delegations.
"We are the first Italian state institution to come to your country representing this delegation," said Lia Quartapelle, Member of Parliament of the Italian Republic, adding that Italy supports Ukraine in joining the EU and in military, humanitarian and economic assistance. At the same time, she noted that Italy is of the opinion that parliamentary and political support for Ukraine should be continued. 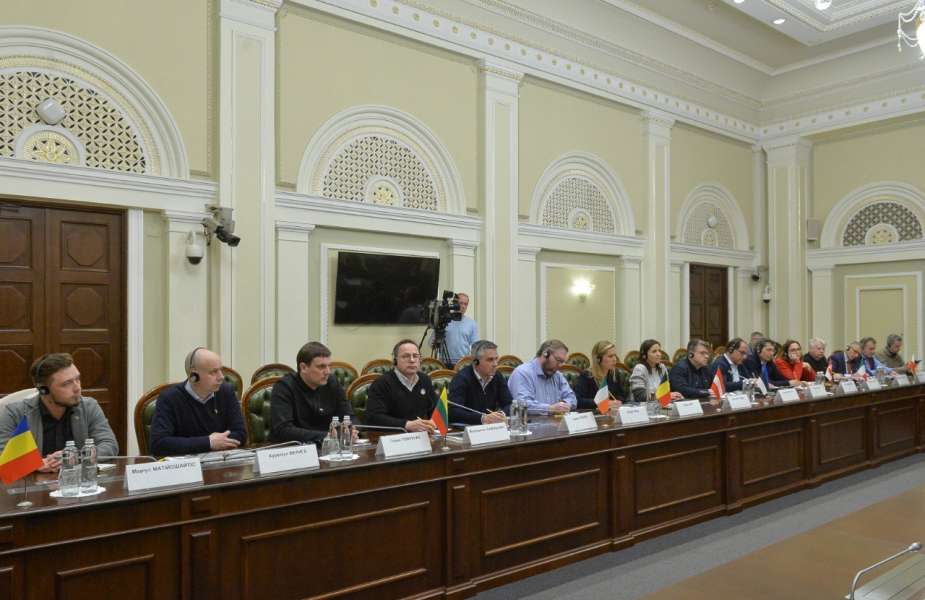 "We are also fighting for public opinion and truthful information," added Lia Quartapelle, noting that Ukraine and Italy should share information on the fight against disinformation: "This is directly related to our democracy, our press, public opinion."
Continuing the discussion of this issue, Ruslan Stefanchuk, the Chairman of The Verkhovna Rada of Ukraine, noted that the fight against misinformation is difficult and important, because information kills as badly as bullets do.
For their part, colleagues from the Senate of Ireland - Barry Ward and Garret Ahearn - also expressed gratitude for the invitation and said they support Ukraine's accession to the EU. In addition, Ewa Ernst-Dziedzic, Member of the Parliament of the Republic of Austria, assured that Austria also fully supports Ukraine's aspirations to join the EU.
"Communicating with friends, there is an internal feeling that after our communication we lose weight from our souls. Thank you for what you do for Ukraine, for what we do together. Therefore, see you soon at our next meetings. I really want us to hold them, at least in the peaceful Ukraine, at most in the de-occupied and liberated Crimea," the Chairman of The Verkhovna Rada of Ukraine summed up.