Information Department of the Verkhovna Rada of Ukraine Secretariat
Published on20 January 2022, at 12:15

Chairperson of the Verkhovna Rada of Ukraine Ruslan Stefanchuk together with President of Ukraine Volodymyr Zelenskyy took part in honoring the memory of the Ukrainian servicemen who died on this day in different years of the war. 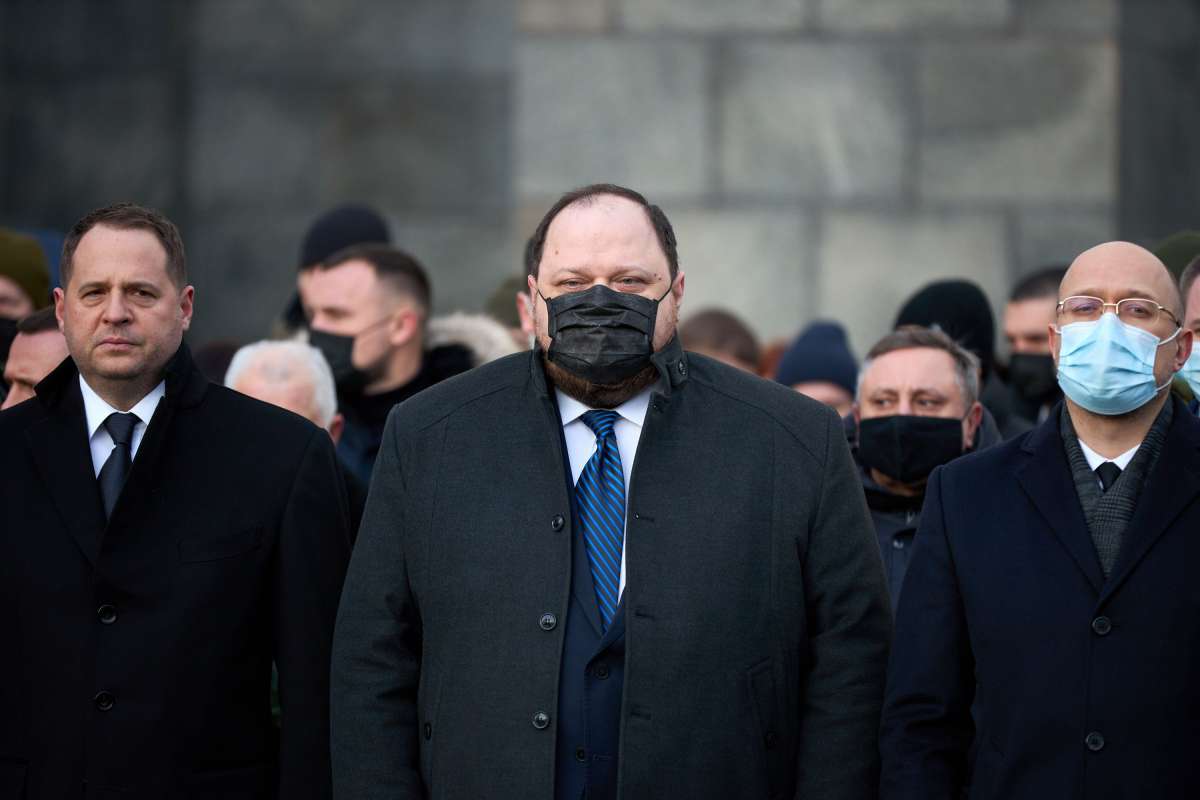 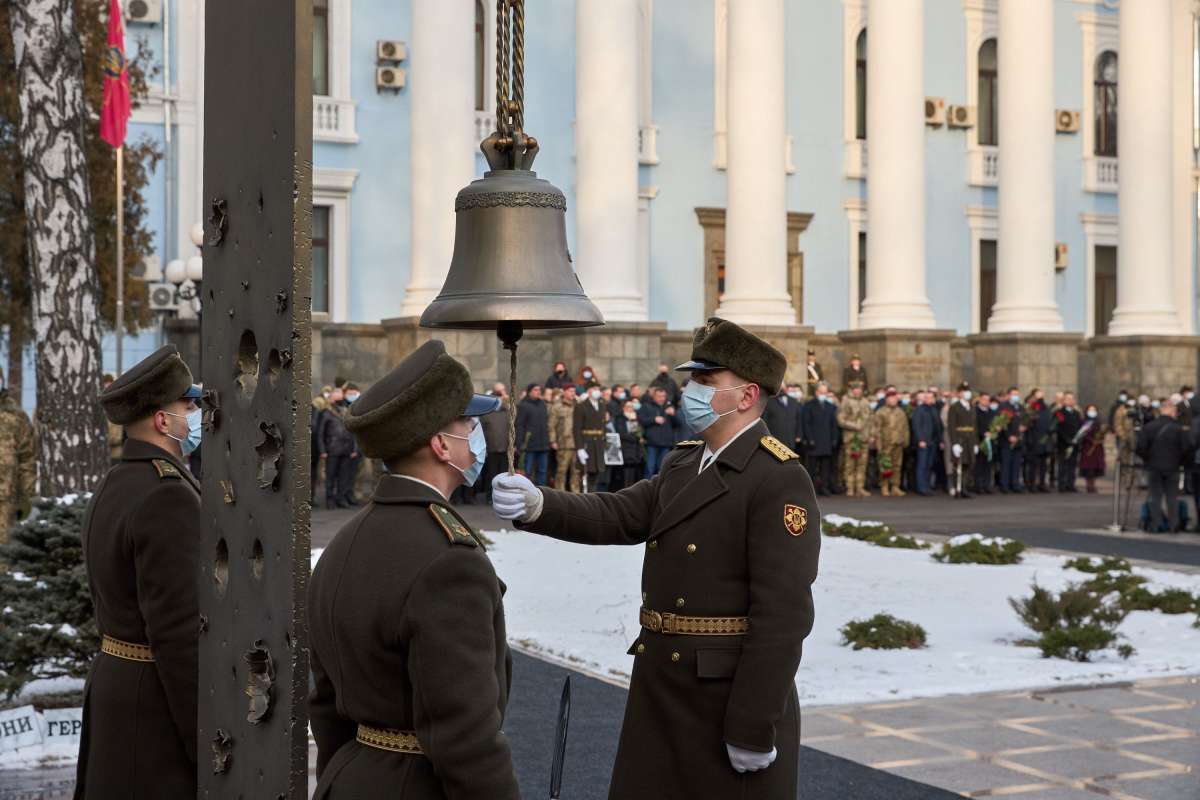 The names of 54 servicemen who died in the fight for freedom, independence and territorial integrity of Ukraine were announced near the Memorial Bell, located on the territory of the Ministry of Defense of Ukraine. Among them - 51 soldiers who died heroically on January 20, 2015, defending the Donetsk airport. 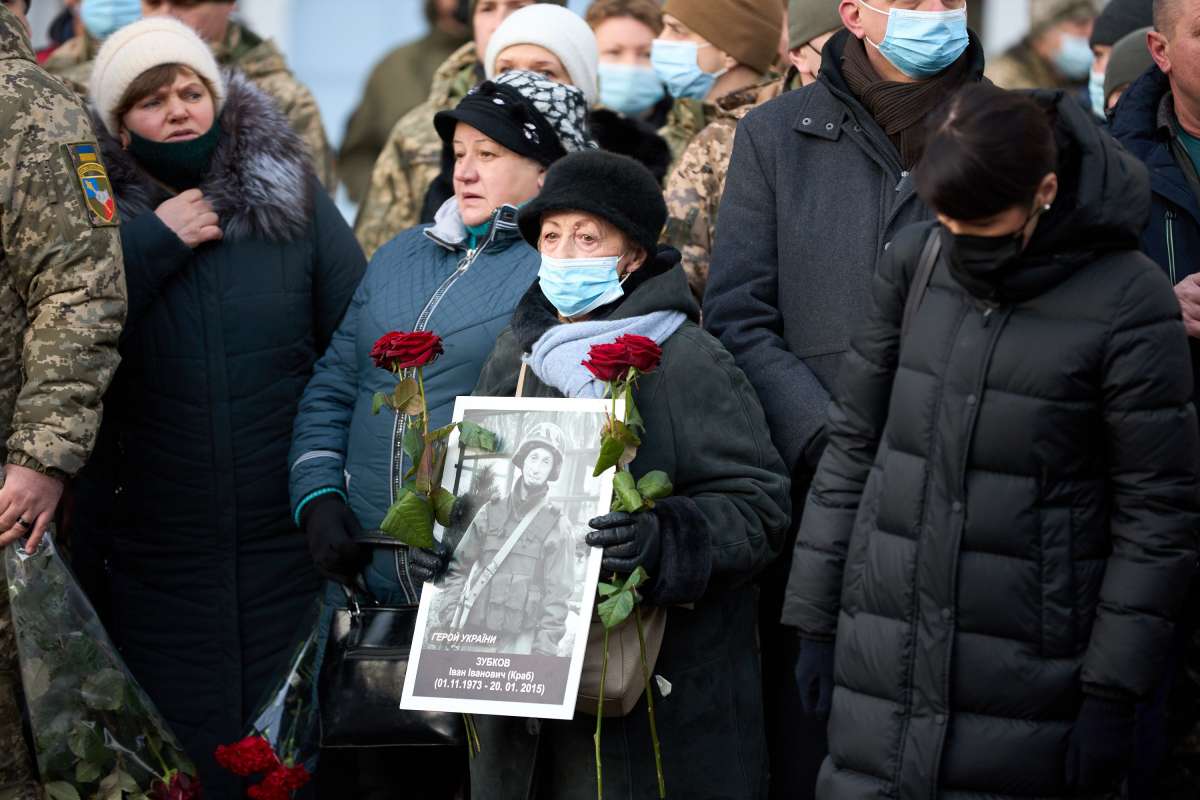 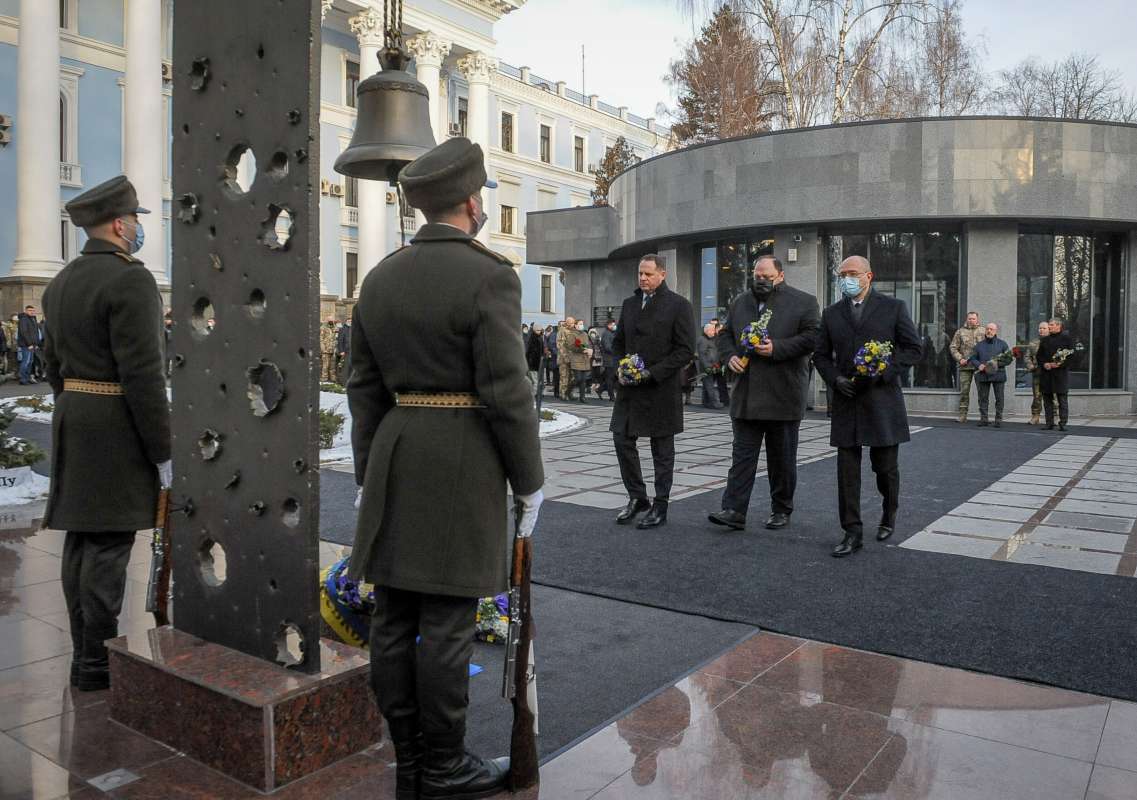 "These heroes have impressed the whole world. They were called "cyborgs" for their fearlessness and indomitable spirit. The concrete could not stand it, the metal melted, but our Ukrainian soldiers persevered. We thank all Ukrainian servicemen, doctors and volunteers for their courage," said Ruslan Stefanchuk.
Поділитись
Tweet
Return to posts

During his visit to the Republic of Estonia, Oleksandr Korniyenko visited e-Estonia Briefing Center

Ruslan Stefanchuk, commented on the Ukrainian Parliament's decision to confiscate the property of individuals and legal entities of the Russian Federation and the Republic of Belarus and described the mechanisms of the rule's implementation.

Olena Kondratiuk: With such loyal friends and allies as Estonia, Ukraine will definitely win and restore its territorial integrity

Olena Kondratiuk: You, like Ukrainians, have experienced the "Stalinism" and "Hitler's" occupation, repression, deportation, and persecution of all those who fought for the statehood and independence of Estonia

Estonia, like no other, helps to tell the truth by recognizing the genocide of the Ukrainian nation - Olena Kondratiuk addressed the Estonian Parliament

Ruslan Stefanchuk: Powerful personal sanctions against russian officials will be no less effective than the financial ones

We appreciate Latvia's contribution to the process of accelerated Ukraine's accession to the European Union, - Olena Kondratyuk

Ruslan Stefanchuk: We hope that Germany would support our request to build a monument in memory of the 8 million Ukrainians who died at the hands of the Nazis during the war