“Adoption by the Verkhovna Rada of the Resolution on Euromaidan and the events of the Revolution of Dignity is a litmus test of European justice,” Olena Kondratiuk

Information Department of the Verkhovna Rada of Ukraine Secretariat
Published on17 February 2021, at 17:45 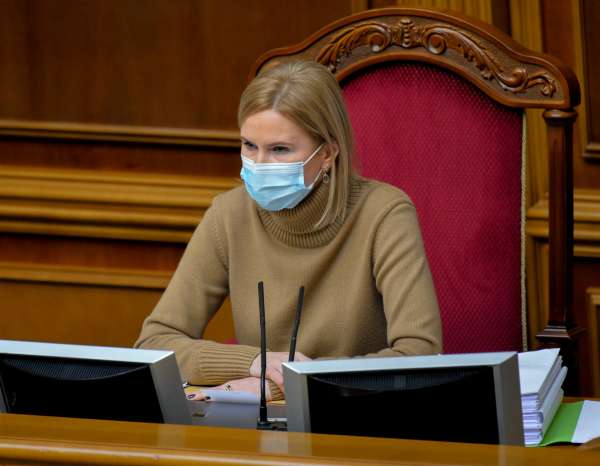 The adoption of the Resolution No. 2739 on the Statement of the Verkhovna Rada of Ukraine in connection with the seventh anniversary of the beginning of the Euromaidan and the events of the Revolution of Dignity is a point in historical justice.
This conviction was expressed by Deputy Speaker of the Verkhovna Rada Olena Kondratiuk during the discussion of the document. She also noted that this is a sign of gratitude to those people who died so that MPs could work and make decisions for the benefit of society.
“I was the initiator of this resolution at the Conciliation Council and I am grateful to the head and to the entire Humanitarian Committee for putting this resolution to a vote today. Frankly speaking, this is a litmus test of whether we continue to stand for European justice, or whether we want to hang out in the swamp that some MPs in the session hall offer us with their speeches,” Olena Kondratiuk stressed.

The Deputy Speaker of the Verkhovna Rada called on her colleagues to support Resolution No. 2739. 295 MPs voted for the corresponding Statement.
Поділитись
Tweet
Return to posts

“Sexist behavior has no place in the Parliament,” Deputy Chairperson of The Verkhovna Rada of Ukraine Olena Kondratiuk

The 20th Winter Session of the OSCE Parliamentary Assembly took place on February 24-26, with the participation of the Ukrainian parliamentary delegation

"Reform of the judicial system of Ukraine is necessary," Dmytro Razumkov

"The Verkhovna Rada demands a report from the Minister of Health on vaccination and counteraction to the third wave of the coronavirus pandemic in Ukraine," Olena Kondratiuk

"The parliament may consider the draft law on judicial reform next plenary week," Dmytro Razumkov