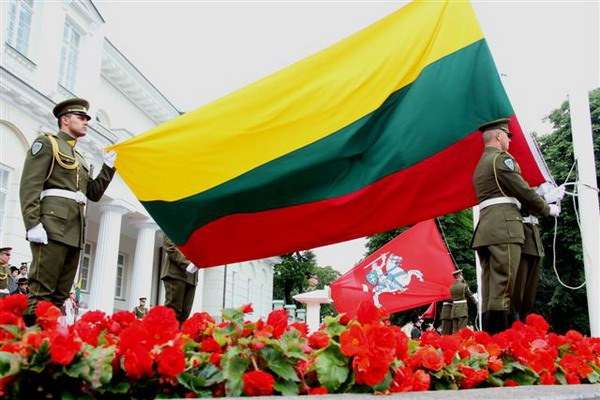 In January 1991, the Lithuanian nation proved its right to independence, paying a high price for freedom with the lives of its citizens. That is why on January 13, Lithuania celebrates the Freedom Defender's Day.
Today, Ukrainians, together with the Lithuanian people, honor the memory of people who paid with their lives for the freedom and independence of their country, for the right of the Lithuanian people to determine their own destiny and the direction of development of the Lithuanian State.
Freedom Defender's Day has a special, symbolic significance for Ukraine as well. While Lithuania has successfully defended its civilizational choice by gaining full membership in the European Union and NATO, Ukraine continues to pave the way for European and Euro-Atlantic integration.
As Ukrainians sided with Lithuanians in January 1991, Lithuanians now support Ukraine in its struggle to restore its sovereignty and territorial integrity. And the constant support of friendly Lithuania is extremely valuable for our state.
Chairperson of The Verkhovna Rada of Ukraine Dmytro Razumkov sent a letter to Speaker of the Seimas of the Republic of Lithuania Viktorija Cmilyte-Nielsen on the occasion of the Freedom Defender's Day, emphasizing that “our strength is in the unity of the Ukrainian and Lithuanian peoples!”
Поділитись
Tweet
Return to posts

“The Parliament of Ukraine must consider the Government's responsibility for the failure to vaccinate Ukrainians from COVID-19,” Deputy Chairperson of the Verkhovna Rada Olena Kondratiuk

Preliminary report of the Temporary Commission of Inquiry on the facts of possible corrupt actions of public officials, which led to significant losses of the revenue side of the State Budget of Ukraine