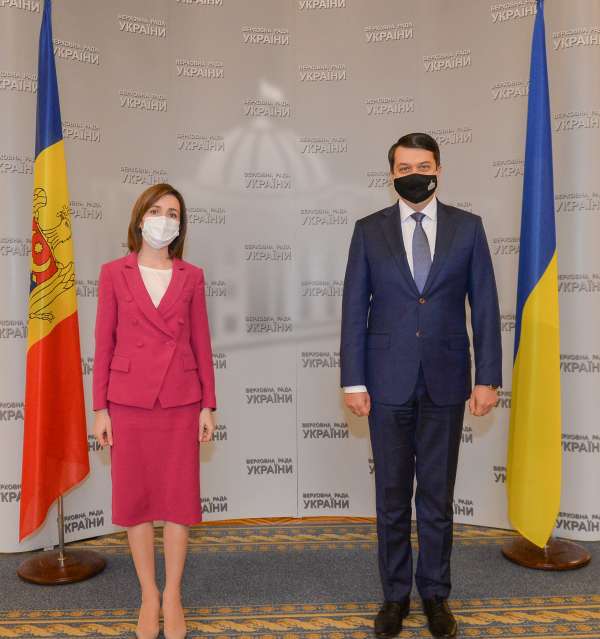 Chairperson of The Verkhovna Rada of Ukraine Dmytro Razumkov met with President of the Republic of Moldova Maia Sandu. During the meeting, the parties discussed issues of protection of territorial integrity and sovereignty, implementation of systemic reforms and prospects of inter-parliamentary cooperation. Dmytro Razumkov noted that Ukraine and Moldova are united not only by a common border and past, but also by the European future and the challenges of the present.
The Chairperson of The Verkhovna Rada of Ukraine noted that both countries face a number of difficult challenges today. “Territorial integrity for our countries is not just words. This is what we have been fighting for many years,” he stressed. 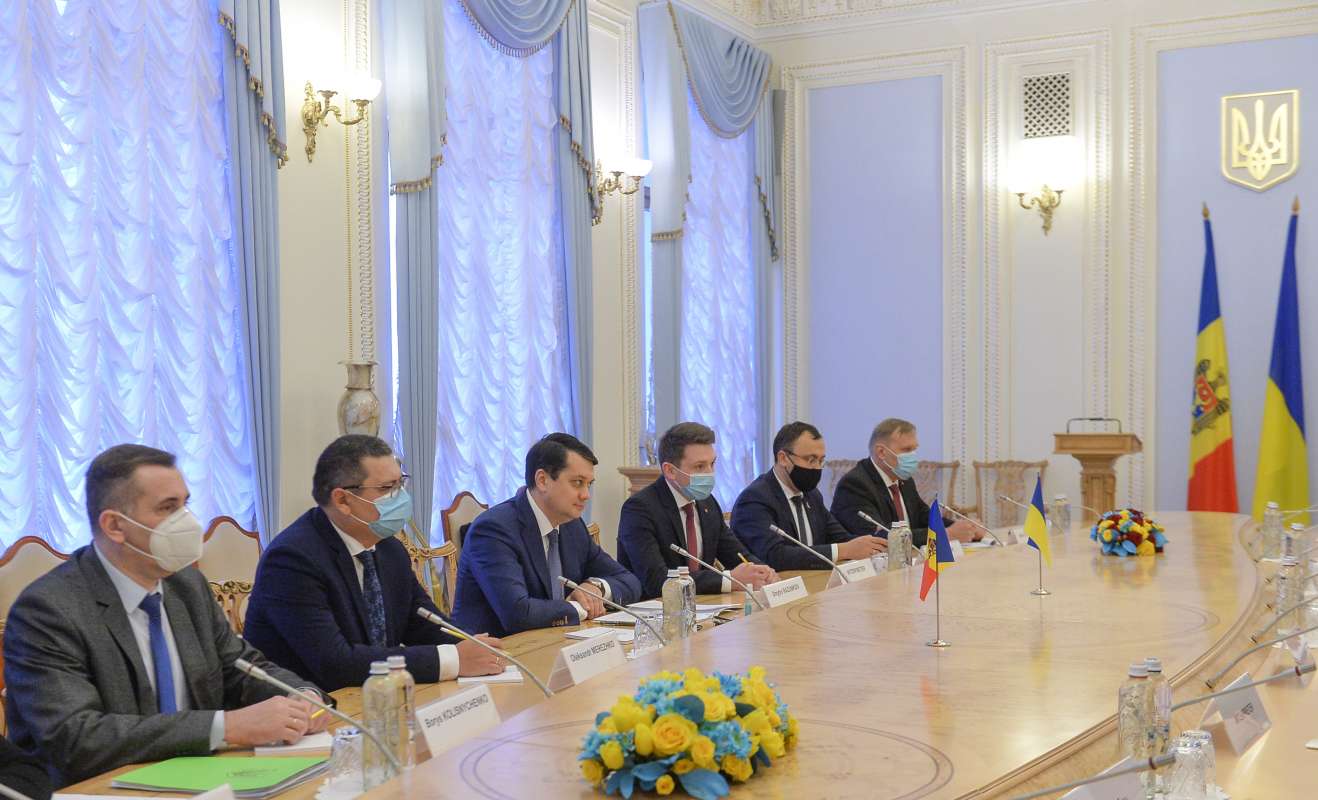 The Speaker of the Ukrainian Parliament noted that despite the efforts of the President of Ukraine, the Verkhovna Rada, and international partners, unfortunately, servicemen and civilians continue to die on the line of contact. “The war has been going on in eastern Ukraine for seven years now. On the one hand, it was possible to reduce the number of shelling and deaths at the front. However, yesterday we had our first loss this year. A Ukrainian serviceman was killed at the front,” remarked the Speaker of the Parliament.
Dmytro Razumkov and Maia Sandu also discussed the work of anti-corruption bodies in Ukraine. “I cannot say that as a citizen I am satisfied with the result of the work of anti-corruption bodies,” noted the Speaker of the Parliament and stressed that their activities are a deterrent. He also spoke about the steps taken by the Ukrainian Parliament to ensure the effective operation of anti-corruption bodies. 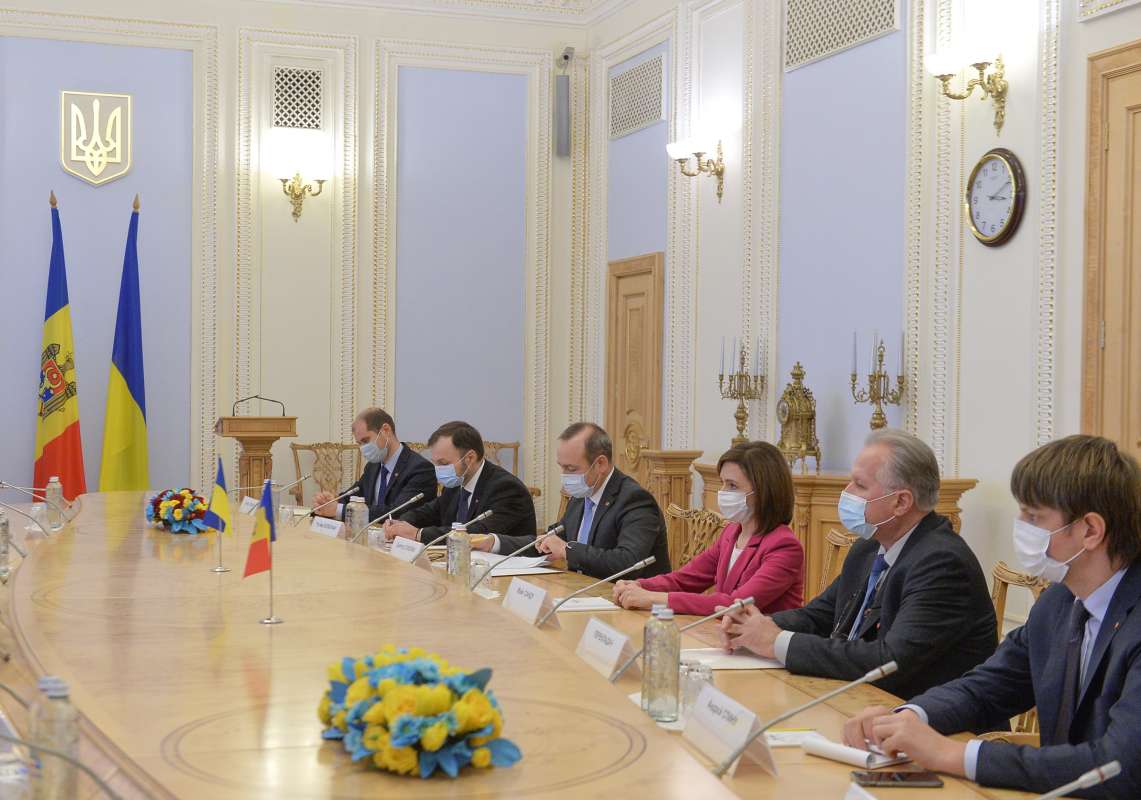 In addition, the Chairperson of the Verkhovna Rada of Ukraine expressed hope that the cooperation between the Parliaments of Ukraine and Moldova will soon receive a new impetus.
Поділитись
Tweet
Return to posts

Dmytro Razumkov on the biggest challenges for the Parliament in 2021: COVID-19, difficult financial situation and defense capabilities of the state

“There are no bases for early parliamentary elections,” Dmytro Razumkov

“In the Parliament can again initiate the draft law on deprivation of powers of the People's Deputy for impersonal voting,” Dmytro Razumkov

Ruslan Stefanchuk proposes to ban advertising on the roads