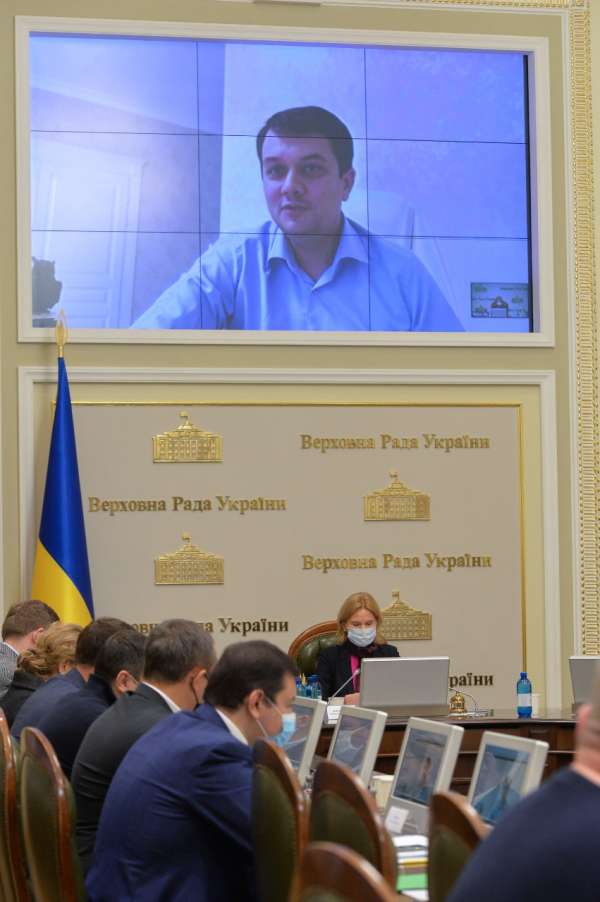 During the Conciliation Council of parliamentary factions and groups, Speaker of the Parliament Dmytro Razumkov stated that during the plenary week the Verkhovna Rada should unite and demonstrate a consolidated position on the Constitutional crisis in Ukraine.

“I am convinced that we need to move to the second stage - to create a working group that would have already begun to develop legislative initiatives that were planned to resolve the crisis,” - remarked Dmytro Razumkov.

According to him, the Parliament will continue to perform its work effectively and develop a legislative initiative that would help resolve the situation and get out of the crisis.

In addition, Dmytro Razumkov noted that the Verkhovna Rada of Ukraine should focus on combating coronavirus disease.

“The Verkhovna Rada of Ukraine is working to restore anti-corruption legislation and resolve the constitutional crisis,” Olena Kondratiuk