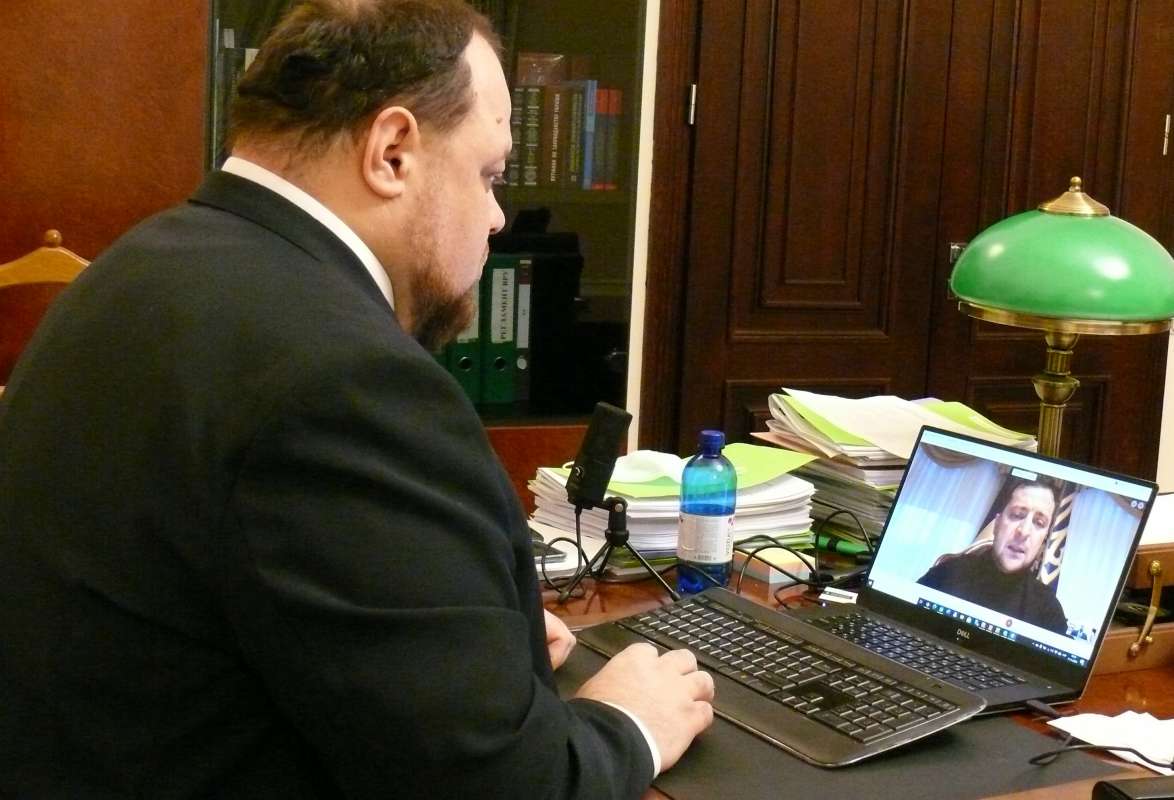 First Deputy Chairperson of The Verkhovna Rada of Ukraine Ruslan Stefanchuk took part in the online meeting of the renewed Commission on Legal Reform chaired by the President of Ukraine Volodymyr Zelenskyy. The participants of the meeting discussed the issues of working out concrete ways to overcome the constitutional crisis and restore public confidence in the judiciary.

“We need to specify the activities of the Commission on Legal Reform, in particular – to determine a clear list of bills that will be proposed for consideration by parliamentary committees, the persons responsible for their writing and the terms of its development, so that it find consolidation in the Plan of legislative work of the Parliament of Ukraine,” stressed the First Vice Speaker during his speech.

“The Verkhovna Rada of Ukraine is working to restore anti-corruption legislation and resolve the constitutional crisis,” Olena Kondratiuk