Ruslan Stefanchuk: Powerful personal sanctions against russian officials will be no less effective than the financial ones 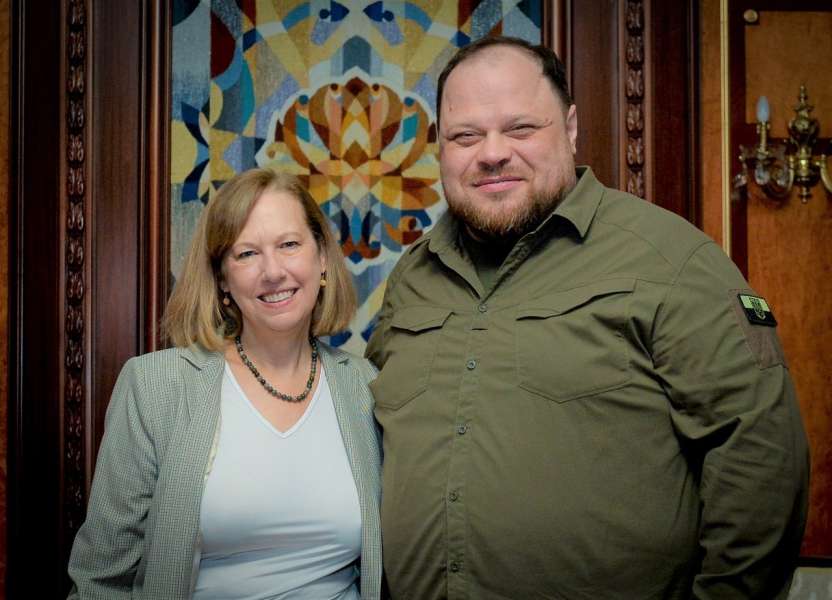 Ruslan Stefanchuk, the Chairman of the Verkhovna Rada of Ukraine, discussed with Kristina Kvien, Charge d'Affaires of the United States in Ukraine, the sanctions policy against russia, the activities of the Ukrainian Parliament during martial law and the reconstruction of Ukraine.
"I want to thank you for all the decisions made by the United States, including the adoption of the Lend-Lease Act for Ukraine, the USD 40 billion aid package voted for by the US Congress yesterday, and a number of others that are contributing to our victory." Ruslan Stefanchuk expressed his gratitude.
The Speaker of the Ukrainian Parliament also thanked the Speaker of the US House of Representatives Nancy Pelosi for her personal assistance in making decisions related to assistance to Ukraine.
Ruslan Stefanchuk expressed hope that the world's pressure on russia will be significantly increased. In particular, he believes it is important to prevent any attempts by russia to circumvent the sanctions already imposed.
"It seems to me that powerful personal sanctions will be no less effective than the financial ones. They can be imposed on the president of the russian federation, members of his family and the military-political leadership of the russian federation. I consider it unfair that Ukrainian children are in bomb shelters while russian children are visiting the best parts of the world and enjoying the benefits they have applied no effort to create," said the Speaker of the Verkhovna Rada.
He also reminded that the Parliament of Ukraine appealed to the US Congress to recognise russia as a country that sponsors terrorism. Ruslan Stefanchuk asked to continue to assist Ukraine in providing us with military and financial assistance, to support us on the path to the EU. 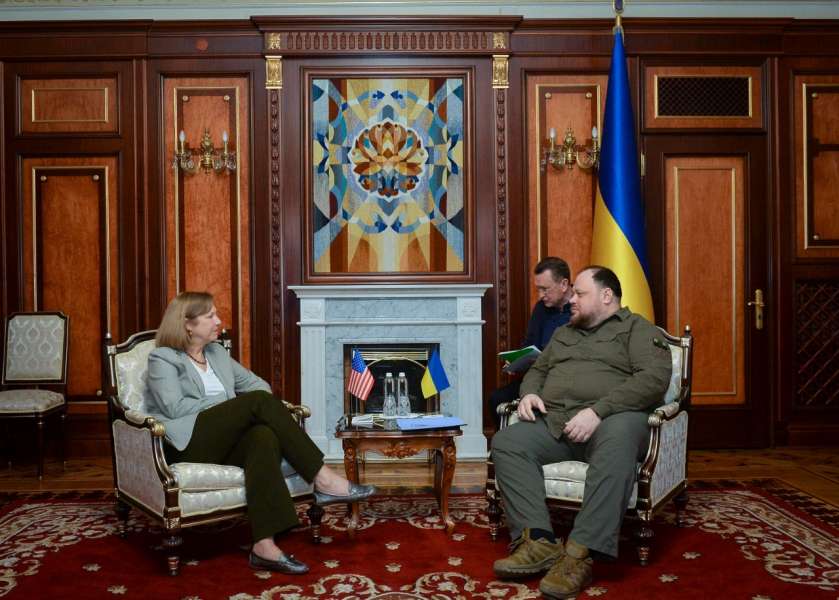 For her part, Charge d'Affaires of the United States in Ukraine Kristina Kvien agreed that the imposition of personal sanctions is very important.
"A few days ago, we adopted a new package of sanctions against the leaders of the banking system, against the leaders of the russian parliament, against the leaders of large state-owned enterprises. We think it will be very effective," said Kristina Kvien.
She noted the unity of the Parliament of Ukraine and its readiness to continue working, despite the danger of attacks by russia.
Ruslan Stefanchuk informed that almost 150 decisions have been made by the Parliament of Ukraine since February 24. This has become possible thanks to the Verkhovna Rada's performance as a united community, its work for the benefit of Ukraine.
The Charge d'Affaires of the United States in Ukraine informed that both the US Congress and the US Government are interested in participating in the reconstruction of Ukraine. She stressed that this process should be as transparent as possible, in accordance with all international standards.
The Chairman of The Verkhovna Rada of Ukraine said that the National Council for the Reconstruction of Ukraine had been established under the President of Ukraine. In addition, the team of the Office of the President and the Government has developed a plan to restore and rebuild Ukraine.
"It is crucial for us not only to record all the crimes made against Ukraine, but also to achieve fair criminal responsibility, and besides also the accountability in terms of compensation for the people of Ukraine for the damage caused by this war," said Ruslan Stefanchuk.
https://www.rada.gov.ua/en/news/News/top_news/222817.html