Press Service of the Verkhovna Rada of Ukraine Secretariat
Published on 29 November 2022, at 21:09 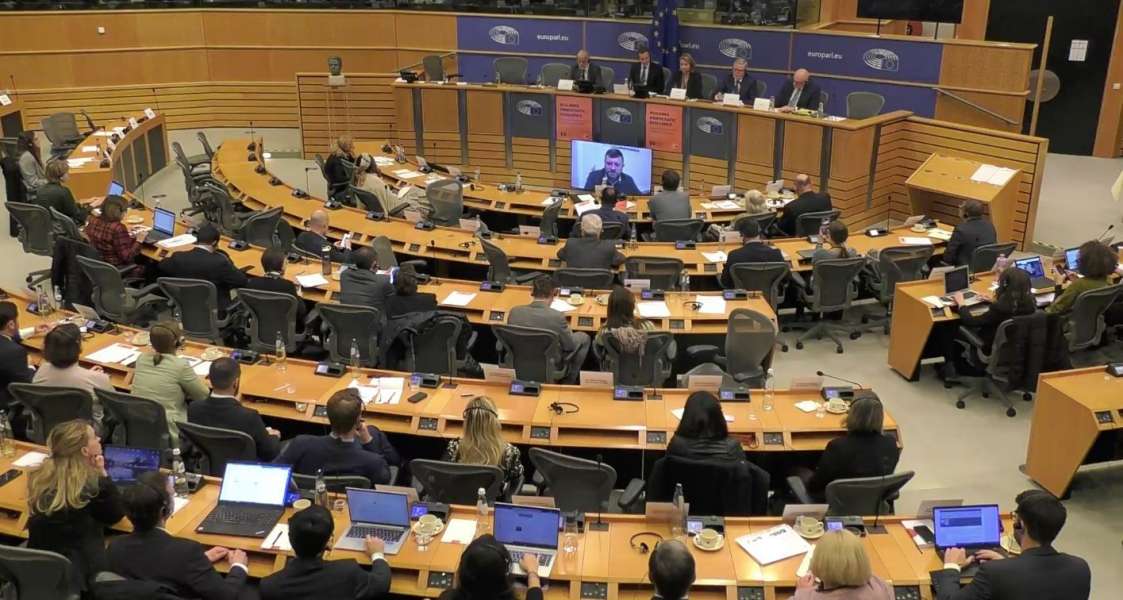 The First Deputy Chairman of the Verkhovna Rada of Ukraine Oleksandr Korniienko took part in the event organized by the European Parliament: “Supporting parliamentary democracy around the world: building democratic resilience”.

“We have chosen our way – the way of democracy in the European family. On behalf of the Ukrainian people, I thank the European Union for its support and assistance in the fight against the aggression of the russian federation,” the First Vice-Speaker stressed.

Oleksandr Korniienko noted that in 2014 during the Revolution of Dignity Ukraine had made the first step towards European integration and the European Union: “One of the consequences was the adoption of the Association Agreement between Ukraine and the EU”. “Now we are on the way to the candidacy and faithfully fulfil the seven requirements of the European Commission,” he stressed, adding that Ukraine is very grateful to its colleagues from the European Union for solidarity, practical, financial and military assistance.

“Any support for Ukraine from any European country is important. Despite its volume, size and timeliness. After all, it is important for Ukraine to feel its place in the European family and, for its part, to do everything to meet this high status and requirements,” the First Vice-Speaker noted.

Oleksandr Korniienko noted that the Ukrainian energy infrastructure continues to be shelled and subjected to missile attacks: “But we will withstand and will be able to overcome the enemy together – with the world, which we share common values with”.

In addition, the First Deputy Chairman of the Parliament of Ukraine informed that thanks to the mission of Pat Cox, an important fundamental document which is called “Memorandum of Understanding between the Verkhovna Rada of Ukraine and the European Parliament on a joint framework of parliamentary support and institutional capacity building” has appeared.

Ukraine is heard about. Ukrainian issues remain on the agenda, – Ukrainian delegation headed by Oleksandr Korniienko held a series of meetings with MEPs

The Vice Speaker Olena Kondratiuk: Growth of citizens’ trust in the Parliament as an institution is the result of responsible work of the Verkhovna Rada of Ukraine under martial law

Ukrainian delegation headed by Oleksandr Korniienko held a series of working meetings in Belgium: We have a common goal – to bring russia to justice for aggression against Ukraine

NATO PA members remain united in unwavering support for Ukraine, – the statement by co-chairs of the NATO-Ukraine Interparliamentary Council