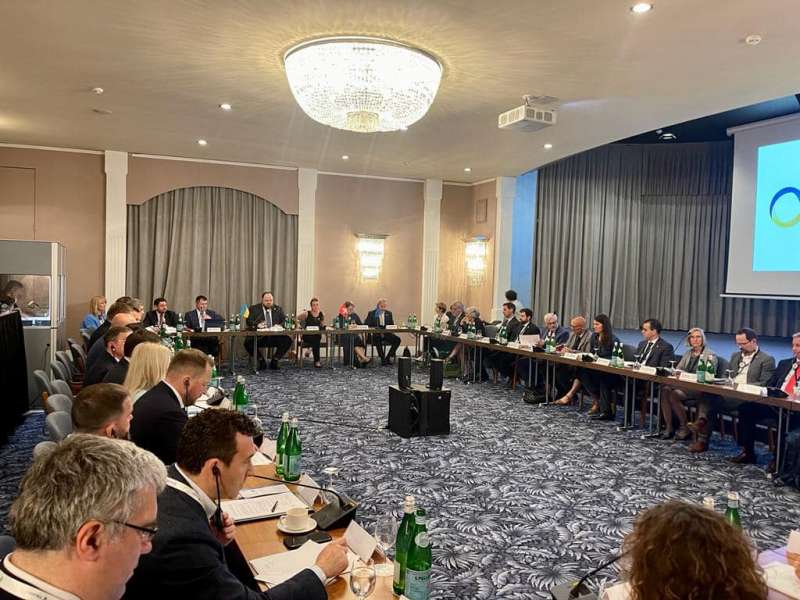 Chairman of the Verkhovna Rada of Ukraine, Ruslan Stefanchuk, took part in the opening of the "Parliament and Restoration" conference.

First of all, the Speaker of the Ukrainian Parliament expressed his gratitude to his colleagues from Switzerland for the fact that "in such a difficult time, we have the opportunity to talk about the fact that Ukraine needs reconstruction, restoration, renewal today. And we have to demonstrate to the world that everyone can rally around a great calamity and help the country, which today defends European values ??and principles, stand on its feet in this terrible undeclared and inhumane war waged by the russian federation against Ukraine," he added.

Ruslan Stefanchuk emphasized that, in addition to critical issues related to the reconstruction of Ukraine, a new security model should be established in the world: "As practice has shown, there are many questions about how the world security model works today, and how one country can allow itself to violate all those rules and principles of general coexistence, trying to impose its vision on the world. And this is unacceptable."

In addition, the Chairman of the Verkhovna Rada of Ukraine personally thanked the President of the National Council of the Federal Assembly of the Swiss Confederation, Irene Kalin, for her courage and the visit to Ukraine: "We were together in Irpin and Bucha – Irene Kalin saw with her own eyes everything that is happening today in Ukraine, all that was left behind by the russian federation, which today demonstrates to the whole world that it is a country that does not respect not only the laws of international law, the rules and customs of war, but that it is a country that does not take humanity as a given."

"Thank you to the Parliament of Switzerland for the fact that you immediately – on February 28 and March 1 – made statements aimed at supporting Ukraine – this is very valuable for us," said Ruslan Stefanchuk.

"The role of the parliament due to the full-scale aggression of the russian federation is vital – both for the Parliament of Ukraine and for the parliaments of other countries, which can dictate and form policies in their countries in support of Ukraine," the Speaker of the Ukrainian Parliament noted and added that immediately after the first draft of the recovery plan of Ukraine, the Verkhovna Rada of Ukraine will consider all issues related to parliamentary support for it both at the legislative and political level and at the level of the Parliament's performance of the constitutive function.

"It is crucial for us that all the things adopted today at this meeting should be properly implemented at the legislative level in the future. I am delighted that today we have a delegation from the Verkhovna Rada of Ukraine, which consists of almost all fractions and groups," noted Ruslan Stefanchuk, emphasizing that compensation for the damage caused by the russian federation and the implementation of 15 national programs that will be presented today as part of the first draft of the recovery plan of Ukraine.

"We see that we are not alone, the whole world is with us, and therefore the truth is with us, that's why we will win," the Chairman of the Verkhovna Rada of Ukraine finally stated, expressing hope that the very next conference will be about restoring the economy of a peaceful Ukraine – "a country, which, together with its partners, won a great victory, because great decisions were made at these conferences." 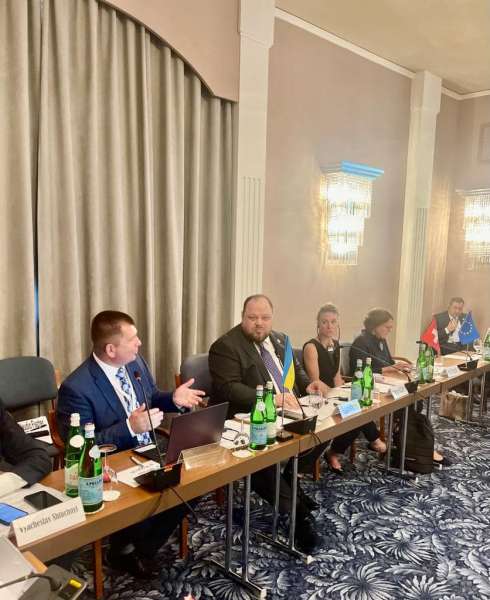 Greetings from the Chairman of the Verkhovna Rada of Ukraine, Ruslan Stefanchuk, on the International Youth Day

Ruslan Stefanchuk: Nuclear terrorism and intimidation are potential technologies that demonstrate the purposeful and incurable degradation of the russian leadership

Ruslan Stefanchuk: The ban on issuing Schengen visas to all russians must be part of the next EU sanctions package

Ruslan Stefanchuk: Russia is a state sponsor of terrorism. Friendly Latvia recognized this at the legislative level!

Ruslan Stefanchuk: Every Russian criminal must bear responsibility for what he has done

Chairman of the Verkhovna Rada of Ukraine Ruslan Stefanchuk: russia is resorting to nuclear terrorism

Ruslan Stefanchuk: The Parliament is involved in the implementation of six of the seven requirements for applying for EU membership