Ruslan Stefanchuk: Open the door for Ukraine, which sees the path to the EU as a way home 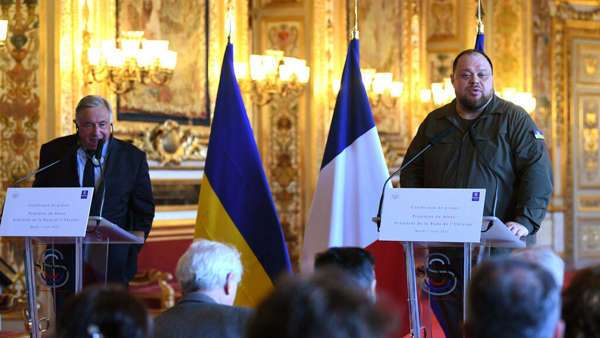 During a press conference in the Senate of the French Republic, Ruslan Stefanchuk, Chairman of The Verkhovna Rada of Ukraine, thanked France for the high level of solidarity with Ukraine and the decision to support Ukraine

"I ask you to open the door for Ukraine, which sees the path to the EU as a way home, to give impetus to every Ukrainian that their opposition is not in vain."

At the end of his introductory speech, Ruslan Stefanchuk expressed his belief in Ukraine's victory over russia.

"I believe that together we will end this terrible war, rebuild Ukraine as a new European project - economic, financial, security".

For his part, the President of the Senate of the French Republic Gerard Larcher assured that France is on the side of Ukraine.

"When I go to Kyiv, it is to be useful to Ukraine," Gerard Larcher said.

Oleksandr Korniienko: We continue our cooperation with the European Union and its representatives