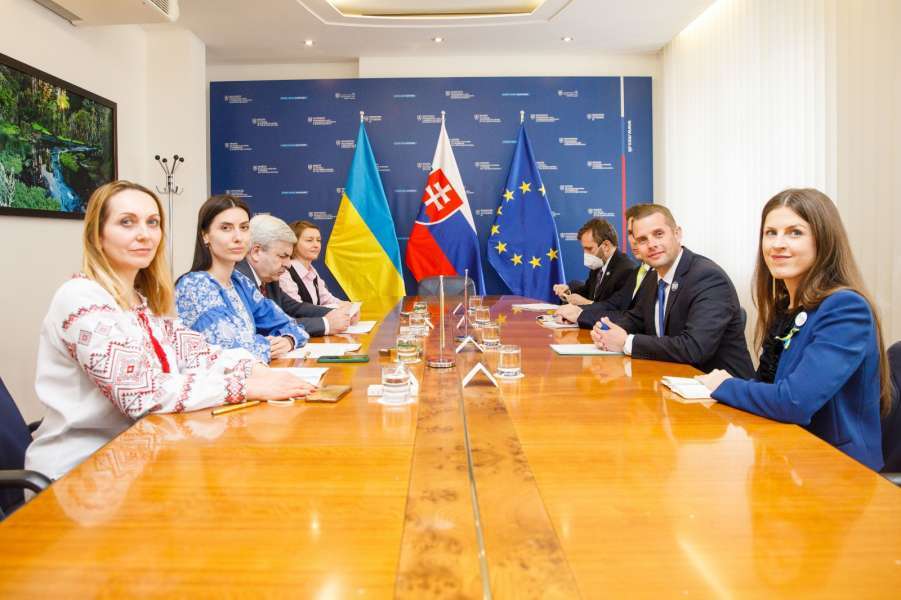 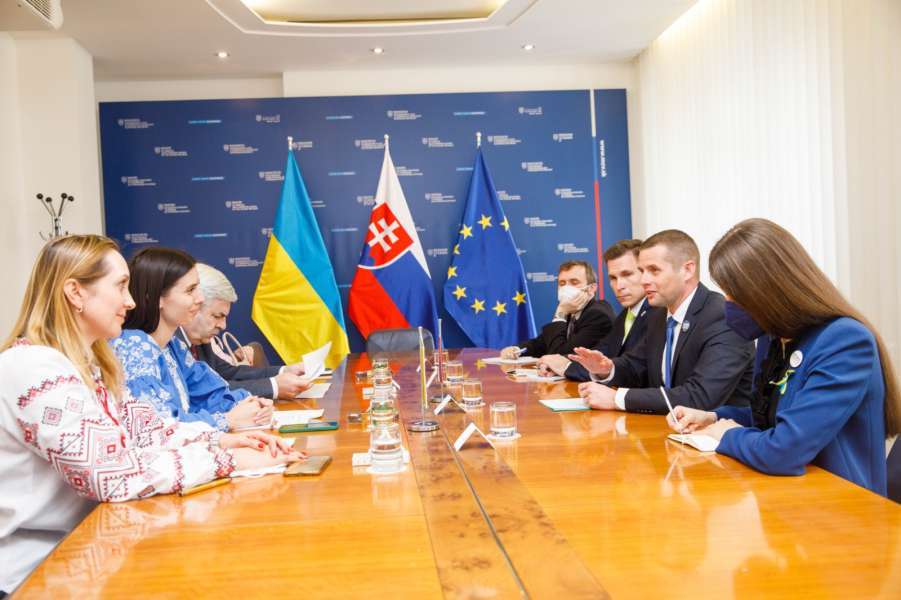 During the meeting with Zuzana Caputova, the President of the Slovak Republic, the Ukrainian delegation discussed the peculiarities of russia's brazen armed attack on Ukraine.
President Z. Caputova, in particular, noted that she shores up the further transfer of weapons by Slovakia to Ukraine, the strengthening of international sanctions against russia, the provision of all kinds of humanitarian aid to Ukraine.
The President stressed that she was in favour of intensifying Ukraine's European integration course and granting it membership in the European Union. 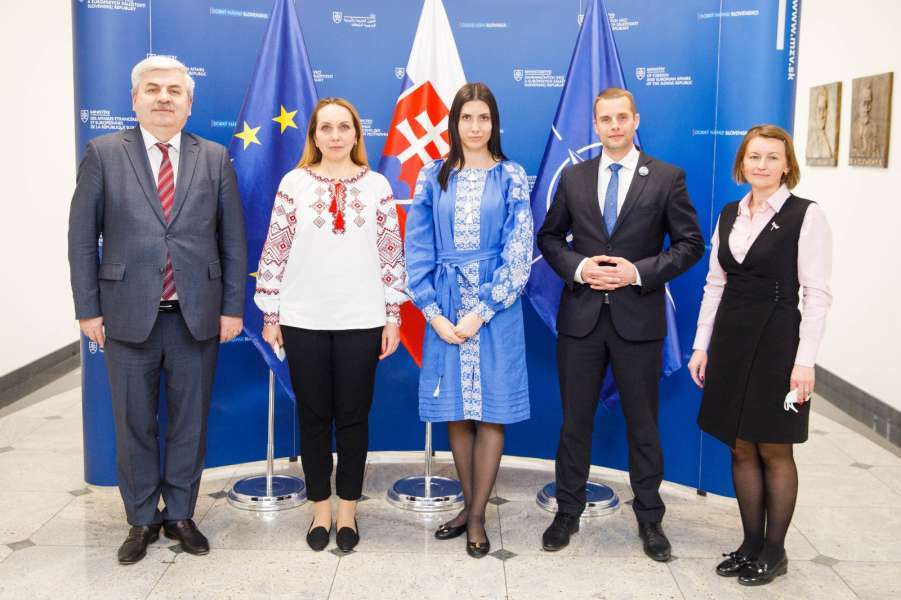 Zuzanna Caputova stressed the need to provide Ukraine with effective international security guarantees, urgent provision of humanitarian corridors for the evacuation of civilians from the war zone, organisation of treatment of Ukrainian children in Slovakia (a special programme under the auspices of President Volodymyr Zelensky, First Lady Olena Zelenska and President of Slovakia Zuzana Caputova.
As of today, the visit continues. A lot of many meaningful and important meetings lie ahead with representatives of various political and state circles of the Slovak Republic.
Yuriy Mushko, Ambassador Extraordinary and Plenipotentiary of Ukraine to the Slovak Republic, is taking part in the meetings.
Поділитись
Tweet
Return to posts

Ruslan Stefanchuk: Estonia was one of the first to start providing us with weapons, in particular, the well-known Javelin

Ruslan Stefanchuk: The day will come - and russia will be in complete exile. In total isolation

Chairman of the Verkhovna Rada of Ukraine, Ruslan Stefanchuk: Oleksiy Vadaturskyi did a lot for Ukraine. And he would have done even more if it weren't for the damned rashists

Ukraine does not recognize any organization and holding of any pseudo-referendums by the occupying russian troops.

Ruslan Stefanchuk: European integration bills will be considered under a separate procedure

Chairman of the Verkhovna Rada of Ukraine, Ruslan Stefanchuk, congratulated the Special Operations Forces of the Armed Forces of Ukraine on their professional holiday