"We appreciate every investor who comes to Ukraine," Chairperson of The Verkhovna Rada of Ukraine

Information Department of the Verkhovna Rada of Ukraine Secretariat
Published on05 April 2021, at 17:00 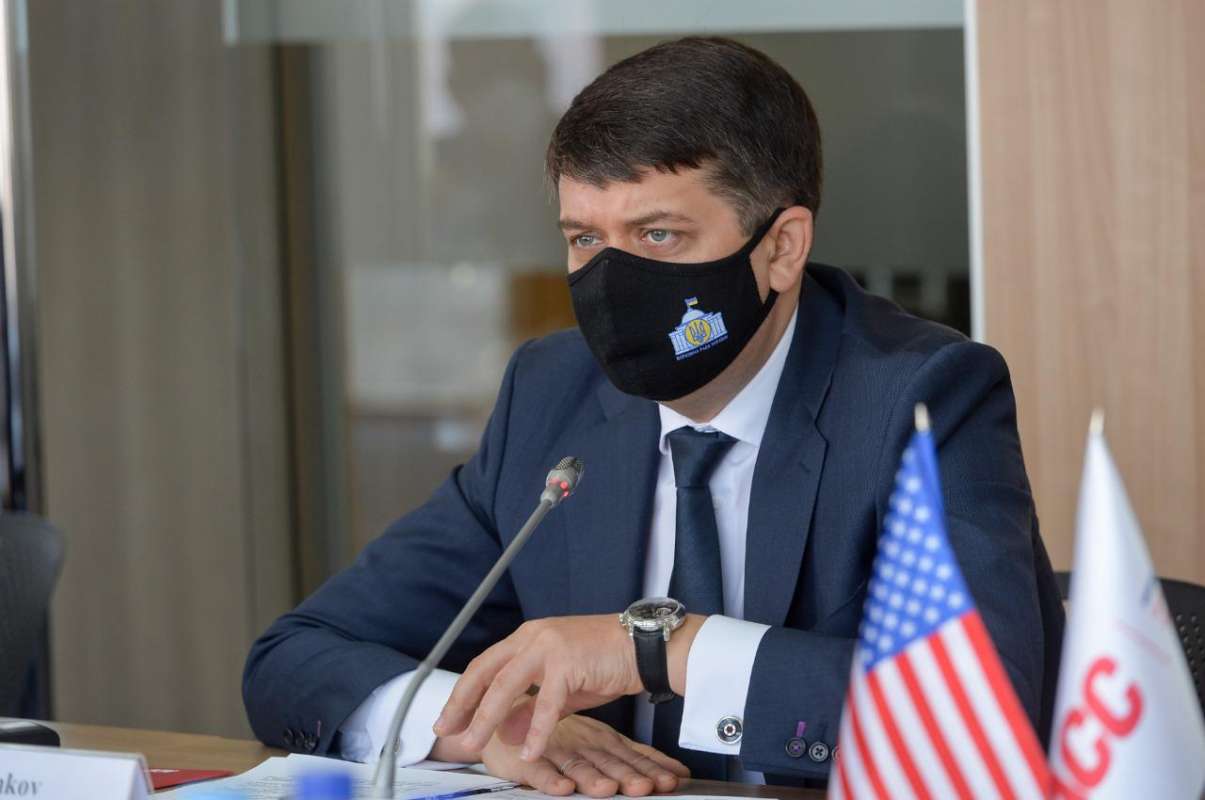 Ukraine is focused on overcoming the economic consequences of the coronavirus pandemic and values ??every investor. This was stated by Chairperson of The Verkhovna Rada of Ukraine Dmytro Razumkov during the meeting with representatives of the American Chamber of Commerce in Ukraine.
"Almost all countries in the world are focused on preserving what they have in economic terms, as well as on attracting additional resources, additional investors to their countries. Ukraine will follow this path as well. We appreciate every investor who comes to Ukraine," Dmytro Razumkov said.
He added that investments help create jobs and help meet the challenges facing the state.
According to the Speaker of the Parliament, the Verkhovna Rada, due to the COVID-19 pandemic, considered a number of bills related to business support. In particular, the Law “On State Support of Investment Projects with Significant Investments” was recently adopted, and the draft law No. 4416 on the activities of industrial parks is under consideration.
He noted that in order to overcome the economic consequences of the pandemic in Ukraine, there should be joint work at the level of both central and local authorities, as well as cooperation with business representatives.
“Business pays taxes, fills the budget and helps to pass the tests we face today. The state must help business, create such conditions for business to develop. Both the foreign investors you represent today and local businesses,” said the Speaker of the Parliament.
Dmytro Razumkov stressed that the key to attracting investors is the expected tax legislation and ensuring the rule of law in the country. "For our part, we will move forward on this issue, in particular, thanks to the constructive dialogue at the Committee level," he added.
At the same time, Danylo Hetmantsev, Chairperson of the Verkhovna Rada's Committee on Finance, Taxation and Customs Policy, noted that the Parliament is actively working on legislation aimed at de-shadowing the economy. One of the key issues is the bill providing for a tax amnesty.
According to him, the Committee plans to consider the issues of interchanging and acquiring commissions at the next meeting, bills on financial services, insurance, credit unions, and the National Securities and Stock Market Commission are being worked out.
"We understand that tax incentives, no matter how good it is, not the main argument in favor of investing in Ukraine. The main argument remains the rule of law. Judicial reform should be the driving force in the establishment of this principle in our state," said Danylo Hetmantsev.
In turn, Dmytro Natalukha, Chairperson of the Verkhovna Rada's Committee on Economic Development, stressed that the bill, which provides for the establishment of the business Ombudsman, is one of the key issues for his Committee. According to him, the bill can be adopted by the summer.
Mykhailo Radutskyi, Chairmperson of the Verkhovna Rada's Committee on Health of the Nation, Medical Care and Medical Insurance, thanked the international partners who helped Ukraine to create a transparent system of medical procurement. He also said that a new version of the Law on Medicines and Medicinal Products is planned to be submitted to the Verkhovna Rada.
President of the American Chamber of Commerce Andy Hunder thanked for the meeting and dialogue between business representatives and the Verkhovna Rada.
“Next year will mark the 30th anniversary of the American Chamber of Commerce in Ukraine. The Ukrainian Chamber is the largest of all in Europe. We are always happy for dialogue and openness of the parliamentarians. We are like the voice of business. Companies that believe in Ukraine are ambassadors who tell others what is happening in Ukraine,” Andy Hunder said.
Поділитись
Tweet
Return to posts

"The Verkhovna Rada will work in the mode of plenary sittings this week and plans to hold extraordinary sittings," Dmytro Razumkov

"Effective communication with the regions will help to overcome national challenges," Dmytro Razumkov

"We appreciate every investor who comes to Ukraine," Chairperson of The Verkhovna Rada of Ukraine

"We must unite our efforts to counteract the coronavirus pandemic," the Chairperson of the Verkhovna Rada of Ukraine

“The Verkhovna Rada will do everything possible to support the medical industry and business during the COVID-19 pandemic,” Dmytro Razumkov