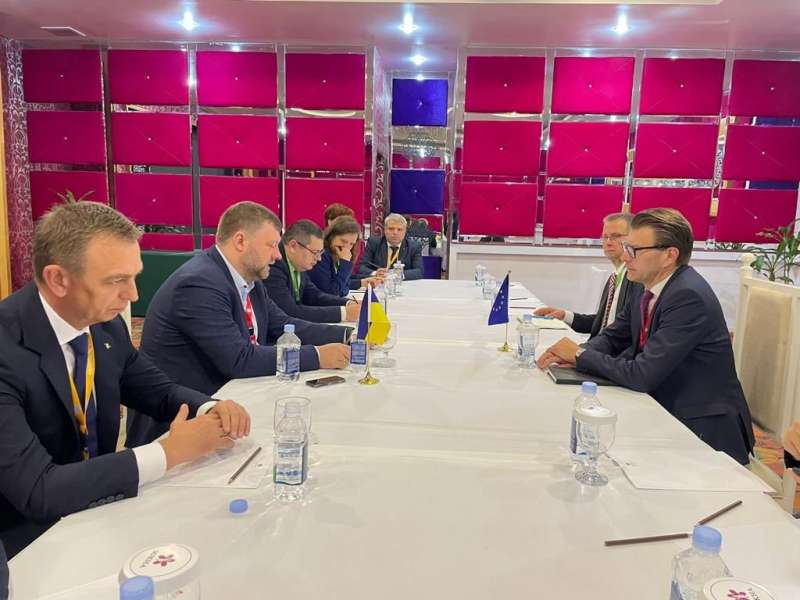 On the second day of the visit and work within the framework of the 43rd General Assembly of the Association of Southeast Asian Nations Inter-Parliamentary Assembly (ASEAN Inter-Parliamentary Assembly) AIPA, the Ukrainian delegation headed by the First Deputy Chairman of the Verkhovna Rada of Ukraine Oleksandr Korniienko held a series of meetings with delegations of the sister countries of Ukraine from ACEAH: Australia, Norway, Canada as well as representatives of the European Union.

The main issues raised by the delegates during the meetings were the needed assistance for civilians and militaries who defend the borders of independent Ukraine. At the same time, Olexandr Korniienko drew the attention of foreign delegates to the difficult energy situation in Ukraine due to the shelling of the russian federation: “Only on November 15, russia fired 96 missiles and drones, some of which hit the energy infrastructure – people were without electricity for hours until the specialists managed to stabilize the situation.”

According to MP Olha Rudenko, in addition to bilateral meetings with ASEAN member states present at the Inter-Parliamentary Assembly, the Ukrainian delegation also met with its old partners: “We told them about the latest developments that took place in our country, urgent needs, and also enlisted their support in promoting our interests in this region.”

“The upcoming vote of the European Parliament on the recognition of russia as a terrorist state is a bold step. We hope for the same courageous decision, because Ukraine has long chosen its path and it is in the European family!” the First Vice-Speaker emphasized during a meeting with the Head of the European Union Parliamentary Delegation to the AIPA Daniel Caspary. Oleksandr Korniienko added that during the conversation they discussed the further steps of Ukraine to obtain membership in the European Union and the challenges it faces in the process of integration. 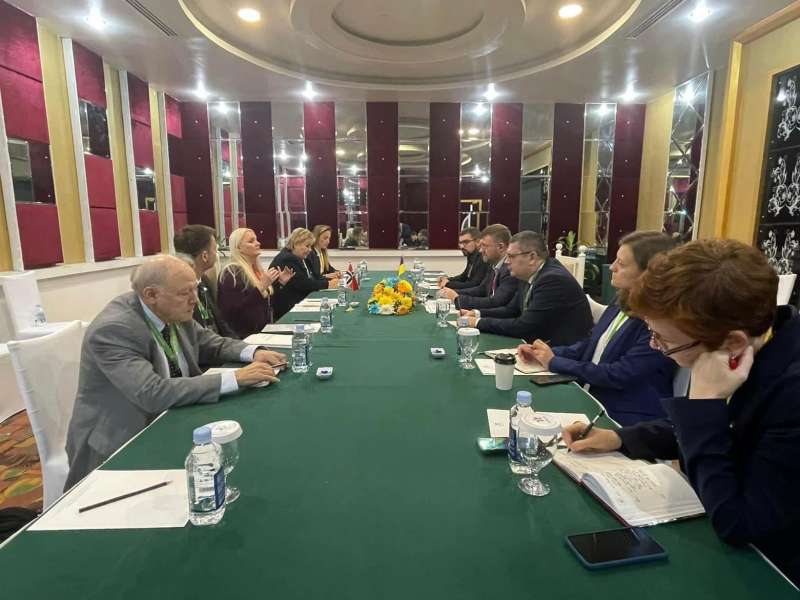 Norway will financially assist Ukraine with the purchase of gas. This was stated during the meeting of the Ukrainian parliamentary delegation with Head of the Norwegian delegation Oslaug Sam-Jacobsen. “This is a very timely and powerful assistance before the difficult winter, which will help to keep warm in Ukrainian homes,” the First Vice-Speaker emphasized, adding that they also discussed the sanctions policy and increasing pressure against russia. The delegation of the Verkhovna Rada of Ukraine expressed gratitude on behalf of Ukraine to the partners “who sincerely contribute to our victory and continue to put pressure on russia and help our troops with weapons”. 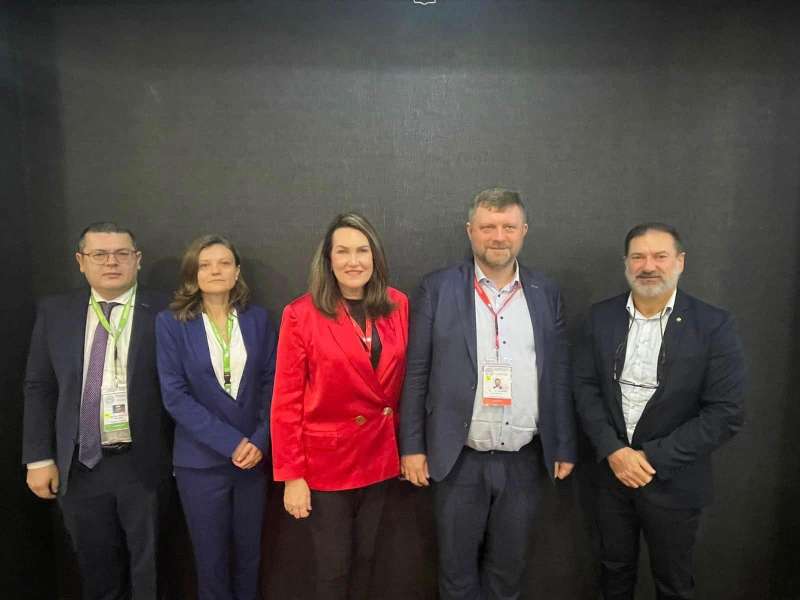 In addition, during the meeting with the head of the Australian delegation Deborah Mary O’Neill, Oleksandr Korniienko invited his colleagues to visit Mykolaiv: “We know that Australia is interested in joining the restoration of Ukraine – this is not only support, it is undoubtedly a belief in the victory of Ukraine!”. At the same time, the First Vice-Speaker thanked the partners for the “Bushmasters” for the Armed Forces of Ukraine and “for the fact that, despite the great distance between our countries, Australia does not stand aside and provides significant military assistance to Ukraine”. 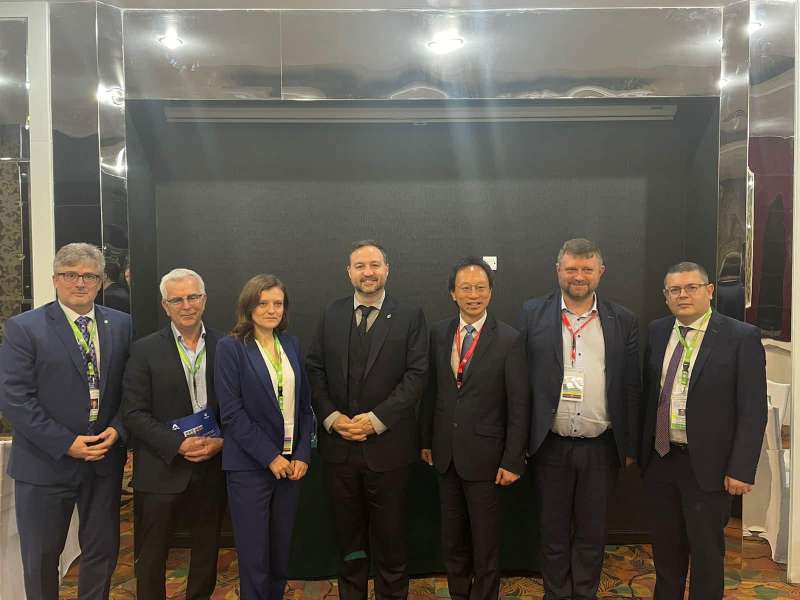 “Canada is one of our most powerful allies in the fight against russia,” said the First Deputy Chairman of the Parliament of Ukraine. He informed that during the meeting with the Head of the Canadian Parliamentary Delegation Yuen Pau Wu, the participants “synchronized their watches” on the inter-parliamentary work of the countries and made sure that the inter-parliamentary cooperation between Ukraine and Canada is very strong.

“We continue to counter russian aggression for the sake of peace and global security. We believe that we will be able to stop russia and end the war by joint efforts!” – said the First Deputy Chairman of the Parliament of Ukraine Oleksandr Korniienko, following the meeting with the delegations of the European Union, Australia, Canada and Norway.

For reference. The Inter-Parliamentary Assembly of the Association of Southeast Asian Nations (ASEAN Inter-Parliamentary Assembly) was established in 1977 to maintain regular contacts and coordination between the legislative bodies of the ASEAN member states, as well as to establish cooperation with the parliaments of other countries.
As of today, the national parliaments of all ten member states of the Association (Brunei Darussalam, Vietnam, Indonesia, Cambodia, Laos, Malaysia, Myanmar, Singapore, Thailand, Philippines) are members of the ASEAN Parliamentary Assembly.
The decision to grant the Verkhovna Rada of Ukraine observer status was adopted by the ASEAN GA during the 42nd session on 23-25.08.2021.