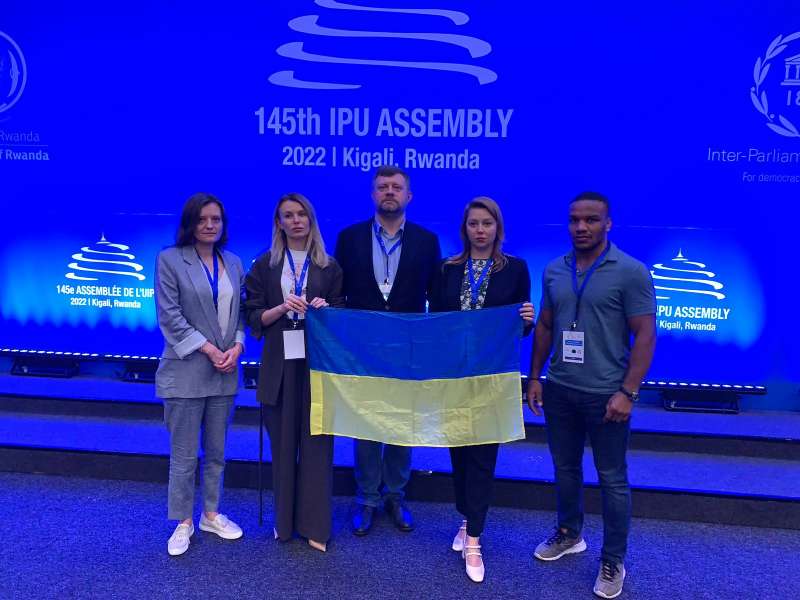 The Ukrainian delegation to the 145th Assembly of the IPU, headed by the First Deputy Speaker of the Verkhovna Rada of Ukraine Oleksandr Korniyenko, passed a Resolution condemning the invasion of Ukraine and attempts to annex Ukrainian territories.

As noted by the representative of the Ukrainian delegation, People's Deputy of Ukraine Lesya Vasylenko, the Resolution was supported by the parliamentarians of 119 countries who were present at the 145th Assembly of the IPU.

"Today, throughout the country, we especially thank our defenders who are fighting for our freedom at the front," said the People's Deputy. 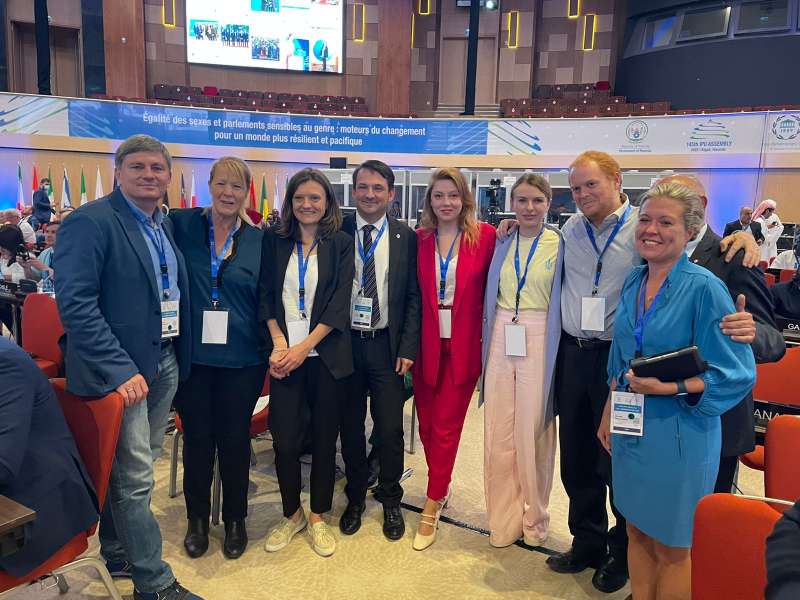 Lesya Vasylenko reminded that all this week, the example of our military gave impetus to the Ukrainian delegations at the PACE and Inter-Parliamentary Union (IPU) sessions to seek even greater support for Ukraine and even greater condemnation of russia.

According to the People's Deputy, this is the second time in a row that the Assembly of the IPU condemns the actions of the russian federation.  "This is definitely an unprecedented breakthrough for this organization," she added.

"We will continue to work so that the condemnation of the ruscists continues until the aggression and all the shameful crimes of the Putin regime stop," she emphasized.

According to the people's deputy, the EU countries were very supportive of the Ukrainian delegation, but had doubts that the Resolution would be adopted.  "For 120 years of the organization here, no one has been condemned like that, not even Hitler," added Alyona Shkrum.

"But when India voted for us with all their votes (!) we realized that the situation had changed," the MP emphasized.

For reference: the delegation of the Parliament of Ukraine headed by the First Deputy Speaker of the Verkhovna Rada of Ukraine Oleksandr Korniyenko is on a working visit to Africa.  The parliamentary delegation included people's deputies of Ukraine: Olga Rudenko, Artur Gerasymov, Alyona Shkrum, Zhan Beleniuk, Lesya Vasylenko and Oleksiy Zhmerenetskyi.
Full text of the document:
/uploads/documents/73964.pdf
Поділитись
Tweet
Return to posts

Oleksandr Merezhko: The Ukrainian Parliament emphasizes that russia has no right to occupy a seat in the UN

Mariia Mezentseva: Now there is a demand for the establishment of a special tribunal for russia not only in Ukraine but all over the world

Supporting parliamentary democracy around the world