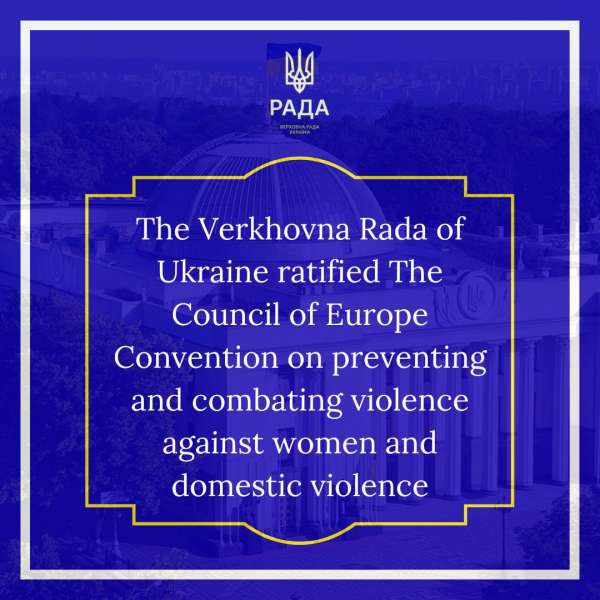 The Verkhovna Rada of Ukraine ratified The Council of Europe Convention on preventing and combating violence against women and domestic violence (Reg. № 0157).

In particular, the document recognizes that the purpose of the Convention is to protect women from all forms of violence, prevent, prosecute and eliminate violence against women and domestic violence, which is also committed against men and children (boys and girls).

The Istanbul Convention is an international agreement of the Council of Europe against violence against women and domestic violence, signed in Istanbul on May 11, 2011. At least 34 countries have already ratified the Convention.

The text of the document at the link:
https://itd.rada.gov.ua/billInfo/Bills/Card/39828
Поділитись
Tweet
Return to posts