Parliamentary Committee of the Ukraine–EU association: EU candidate status will strengthen Ukraine's European path and be solid support for the Ukrainian people 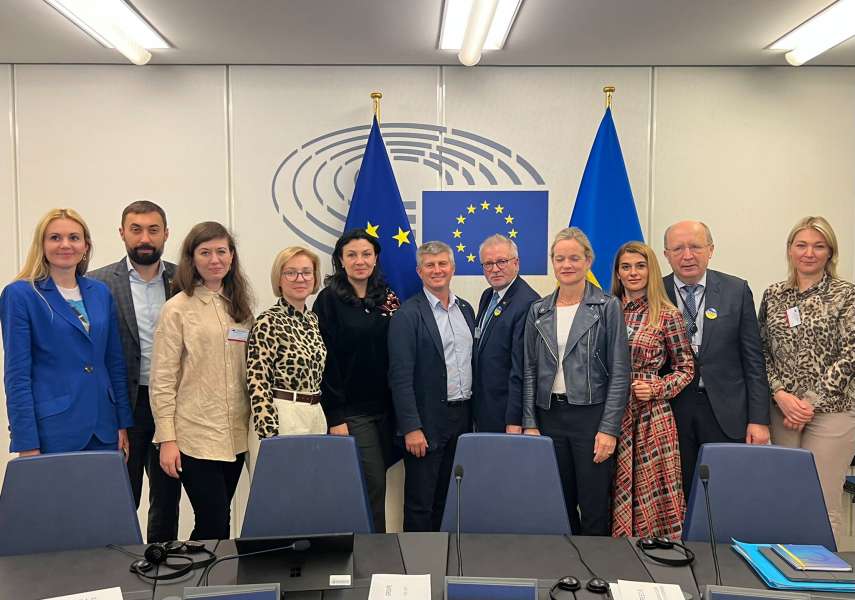 Members of the Parliamentary Committee of the EU-Ukraine Association adopted a joint statement based on the results of the 14th meeting, which took place in Strasbourg on June 8-9, 2022.

- Strongly condemn the unprovoked, unjustified, senseless, and brutal military aggression of the russian federation against Ukraine and demand that russia immediately withdraw all military and paramilitary forces and military equipment from the internationally recognized territory of Ukraine and its territorial waters;
- Strongly condemn gross violations of human rights and international humanitarian law, the killing of civilians, men, women, and children, the mass deportation of civilians, including children, the use of rape as an instrument of war, and the destruction of civilian infrastructure;
- Support the establishment of a Special Tribunal to investigate and prosecute crimes of aggression against Ukraine, as well as further efforts to collect and preserve evidence of war crimes, crimes against humanity, genocide, and crimes of aggression at both local and international levels;

- Emphasize that the EU needs to significantly increase funding under the European Peace Fund and strengthen its arms supply to Ukraine, as Ukraine spends or loses almost € 400 million a day in military equipment each day of the war. If the war continues, it will total more than 100 billion euros by the end of this year.

- Expect the European Commission to complete its evaluation and publish its official opinion quickly, paving the way for the next European Council decision on granting official candidate status.
Поділитись
Tweet
Return to posts