Information Department of the Verkhovna Rada of Ukraine Secretariat
Published on16 July 2020, at 16:00 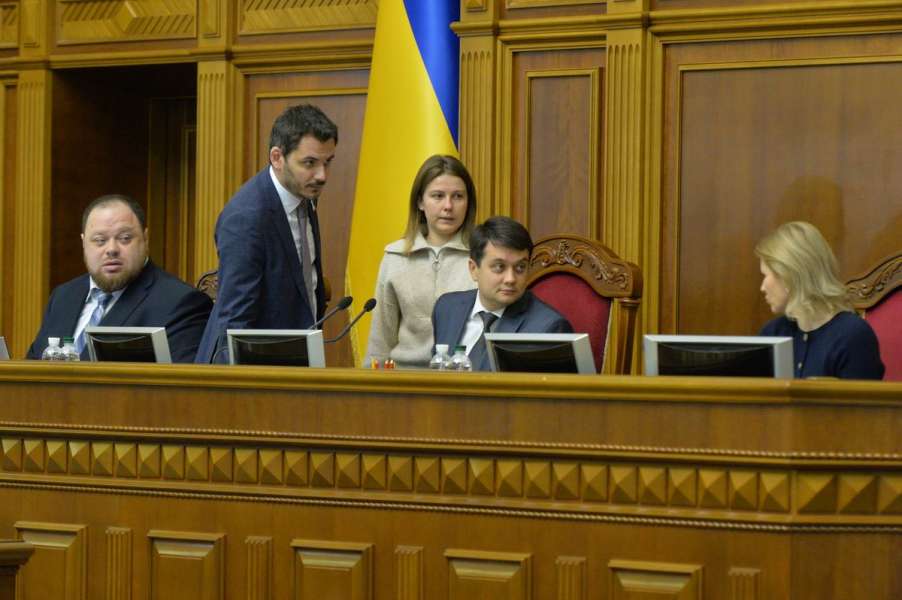 MPs then proceeded to the business of the day.

On blood and its products: Draft bill No.3648

The bill “On quality and safety of blood and blood products” was backed by 293 MPs on the first reading.

Kyrylo Shevchenko was appointed as new Governor of the National Bank of Ukraine. The respective resolution No.3857 was approved by the parliament.

Viacheslav Shtuchnyis was dismissed from the post of Chief of Staff of the Verkhovna Rada Secretariat. The respective resolution No.3850 was approved by 307 members of parliament.

Olha Pishchanska was then appointed as Chairwoman of the Antimonopoly Committee of Ukraine. The respective resolution No.3856 was approved by 255 Ukrainian parliamentarians.

Oleh Uruskyi was appointed as Vice Prime Minister – Minister for Strategic Industrial Sectors. The respective resolution was adopted by 250 members of parliament. The newcomer took an oath of allegiance to the Cabinet of Ministers.

Bill No.3760 (alt.3760-1) “On state support for investment projects with sizeable investments” was included in today’s agenda.

Bill No.3807 “On amendments to the Law of Ukraine ‘On the state budget of Ukraine for 2020’ as to proper funding of renewal of the institute of social workers majoring in finding and attending to families (persons) in difficult life circumstances” was included in today’s agenda.

About freeze on property recovery: Draft bill No.3640

The bill “On amendments to certain legislative acts of Ukraine concerning the moratorium on recovery of Ukrainian citizens’ property pledged as collateral to secure foreign currency loans” was approved on its both readings by 349 members of parliament.

The bill "On amendments to some laws of Ukraine as to improving electoral legislation" was taken as law by 308 ayes on the second reading.

The presiding officer closed the sitting.

Dmytro Razumkov, "Today Ukraine defends not only itself, but also democratic values, which are basic for the USA and the EU

Ruslan Stefanchuk, "The Verkhovna Rada of Ukraine will try to adopt the law on de-oligarchization by the end of the current session"

Adopted a number of Laws on the ratification of international agreements